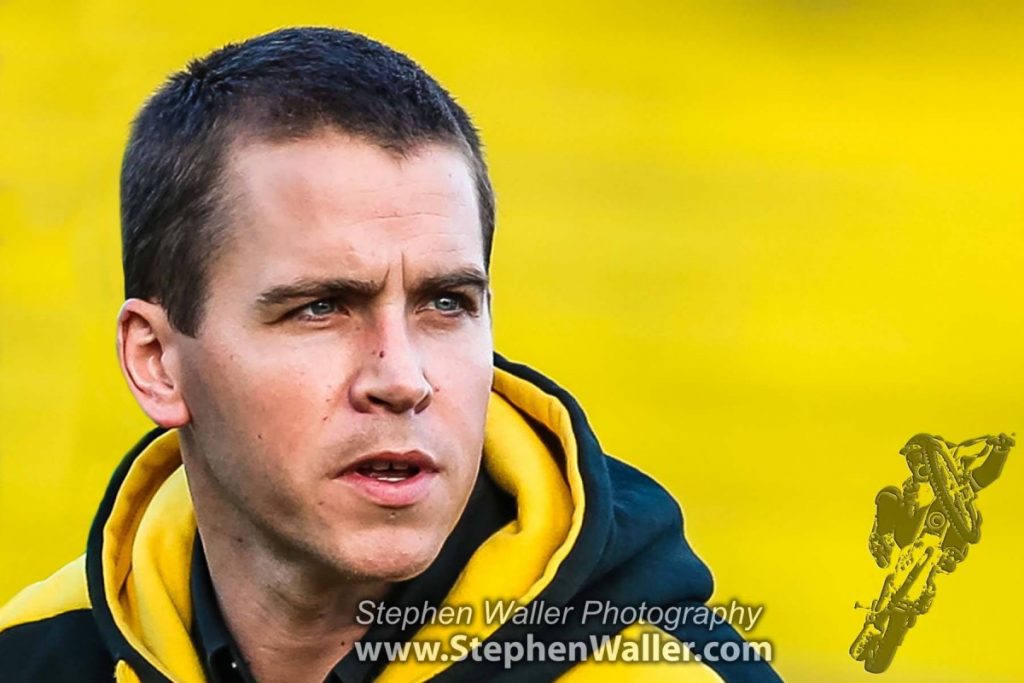 We are really happy with the 2018 team. We had a list of riders we wanted to use and the six that finished with us at the end of last season and we would have liked to have kept them all. We put together lots of different teams and this one jumped out as the best one and we have managed to sign them all. We are delighted and a lot of people want to come and ride at Ipswich at the moment and people see that we have a good thing going.

Chris (Louis) and I work really well together and we say to each other ‘what do you think of this?’ We were both in agreement that this was our best line-up and it was the best way to go. It was pretty simple and I was happy that Chris was able to do deals with everyone and that they all wanted to come back. It came together quite easily to be fair.

The team is very similar but half the team is different to that which finished the season last year I suppose. Kyle (Newman) and Nathan (Greaves) played a massive part last year and were part of the team spirit. Danyon (Hume) was still part of it all too as he came to all the meetings. It is nice for the fans to have some continuity and it is nice to bring a fresh face in and with it being someone that no one has seen race in England, it adds an element of excitement to keep things fresh.

Nathan is going the right way and I am sure he will improve again this year. I don’t think it is a case of him going as far as he can. Cam (Heeps) for example put nearly two points on his average last season and I think they will both improve again next season. It’s the numbers game too and I think wherever Nathan goes he will do well. Kyle had a tough year injury wise but he will do very well for whoever he rides for next year and I would like to work with them both again.

We started the team building similarly to last year really. When you have Danyon on a two-point average, that is a no-brainer. Danny (King) is our number one and captain and he is a top rider, you are not going to change him. That is a great starting point and Rory (Schlein) in most other teams is a number one in the Championship. We are lucky to have him and Danny and they scored the most points in the league last year, won the most races and topped all those kind of stats from last year, we are lucky to have them.

Nico (Covatti) was doing very well last year until the injury and he has worked very hard and has been racing since. Everyone loves him at Ipswich, the fans love him because he is an out and out racer. He is ambitious and we are pleased to get him back in the team. With Cam’s progression it makes us look a strong top four. Cam needs to keep building, he matured a lot last year and you saw that in his results. He needs to keep working hard and pushing on now. He has been in Ipswich since he was 16 so the club means a lot to him and he is on the up. Connor (Mountain) is so professional and is doing everything right and he did really well for his first year. He averaged nearly three and half and he has done really well.

Michael (Härtel) is someone Chris has been keeping an eye on and we spoke about him during my first season as manager. I have watched his results since then and he came over to practice at Ipswich after a meeting this season. He seemed really professional and got round Foxhall really well for his first time, so there is a lot of potential in him and there are a lot of good reports on him. I don’t think he could be coming to a better club for his first season and I think he recognises that. There will be a lot of help there for him and he has a great opportunity. Having met him and seen how he works I am sure he will take that opportunity.

Glasgow have put a good team out already and Scunthorpe look strong, they are the two teams that have announced most of their riders so far. It will be the same mind-set as we have during the season though. We are very happy with what we have got and will concentrate on our own performance and what we are doing and let others worry about themselves. On paper we will be one of the strongest teams that everyone will be looking at and we have got to go out and do it on the track.

With the team being done quite early, it is quite nice to have a little break from speedway after a tough year, it has been stressful! However, it is the same as a rider, it is nice to have the break but you soon start to miss it! Hopefully we can start planning a trip away in February as a team for some practice. I will spend some time with Danny helping him with his preparations for the New Year and I suppose I had better concentrate on doing some work and earning some money personally!

Have a great Christmas and see you in March,