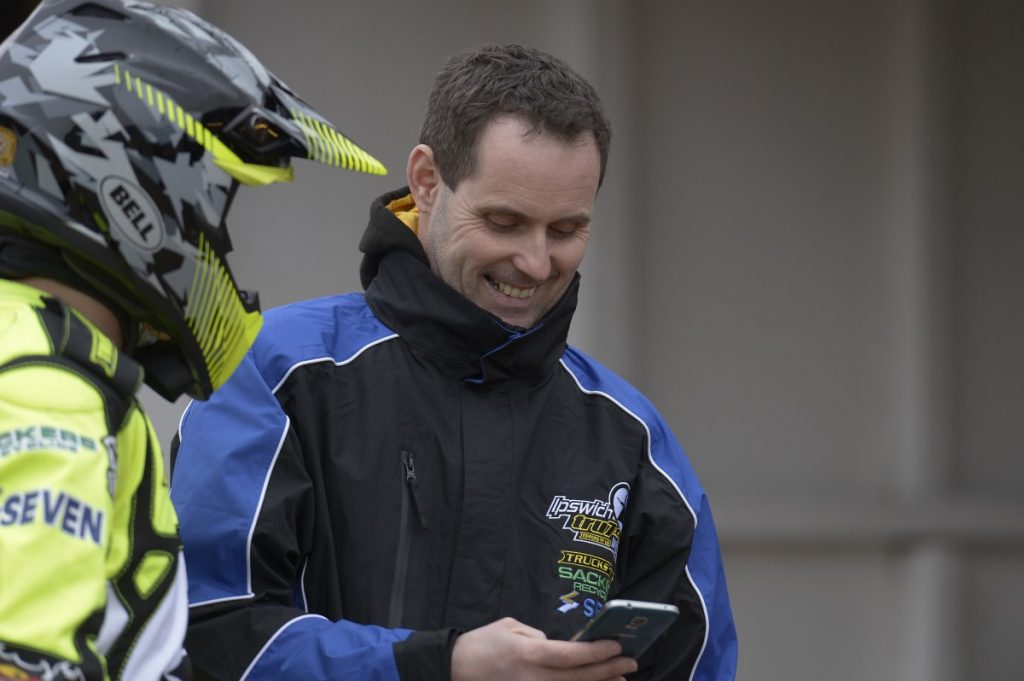 I will start with an update on the ongoing track work at Foxhall. All the ground work is done and the drainage is also complete. We’re waiting for the right weather to get the surface on and it took us a little longer than we thought to source the right recyclable material to make the material up but that is coming together now. We are hoping the top surface will be on in the new year so I am very pleased with what has happened so far.

What is pleasing is that there have been an awful lot of riders that have liked the fact that we are making an effort for them and the fans and for the entertainment and its nice to know that whatever the outcome the effort is appreciated. I’m sure the outcome will be very positive. I stand as a racer on the track now looking at what it will be like and I’m quite excited.

I’m very happy that Tru7.com and Tippers ‘R’ Us are back on board for 2017, so a big thank you to Guy Nicholls for his continued support. That is great for me and the club, fans and riders. We are very busy on the road on the sponsorship trail and that will go on right until the start of the season. It’s all very positive because there is so much positivity around what we are doing with the track and the team we have built, so it is going well.

Rory (Schlein) is at home now after his operation and he is really happy and so is the surgeon with how everything went. He says he feels he already has more movement even though he is still in pain from the operation. He has a very positive feel about having the rod out and is looking forward to getting back into action in the new year. He has to rest up until then but fairly quickly he will get into light training and then boot camp but he is very positive about it all.

The nice thing about the winter team building so far is that no team is standing out but fans will argue black and blue all day long which team is best! The way I see it at the moment there are four of five teams that I feel will lead the way and you can guarantee there will be one from the rest that surprises everyone which inevitably happens. It looks really competitive. Other years I have looked and said ‘they are going to be bottom’ but I don’t see that this year. I can see a top half and a bottom half but with no certainty so it looks very competitive.

The fixtures are out as soon as they can be in the new year but unfortunately in British speedway there are so many things to consider, so it is not an easy task to make them as good as they can be for everyone.

The GP line-up is exciting and I think it is slightly refreshed and it is good to have Emil (Sayfutdinov) back.  I think it is the most exciting line-up we have had for years but there will still be that mix where you still have the world champion who wants to win more. There will be that contrast with the steady, consistent, conservative race head of Greg (Hancock) compared to the ‘desperado’ kind of style of the young guns who want to win their first world championship so it looks really exciting.

This country needs an exciting revamp of the sport and it has started but it needs to continue and gather pace and it needs to do so quite quickly going into this season and throughout the season. I think it is a work in progress but I’m looking forward to the new season in particular with Ipswich obviously but with the two leagues closer together too. I think promotion and relegation is a viable thing and I’m looking forward to seeing what happens there. I’m confident it’s going to be good year.