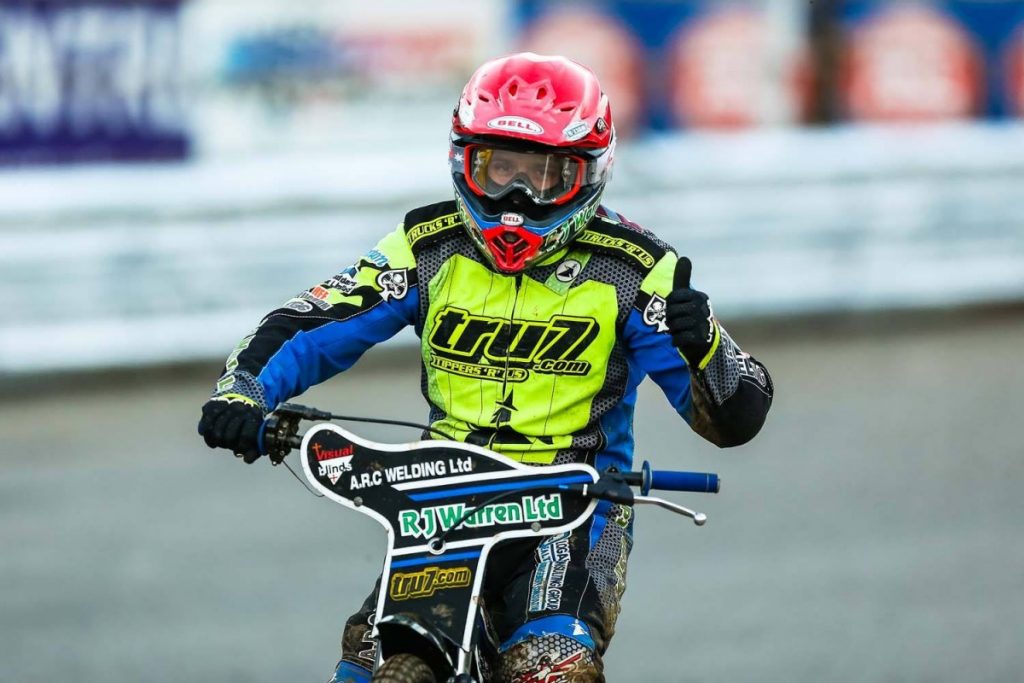 The ‘Tru7.com’ have completed their team building for the 2018 Championship season, subject to BSPA approval, after announcing all seven riders on Sunday evening.

It is a familiar looking side for the fans as six of the original seven riders from 2017 are back in Suffolk again for the new season. There is one new face to British speedway as young German rider Michael Härtel embarks on his first season in the country with the Witches. Joining him are Danny King, Rory Schlein, Nico Covatti, Cameron Heeps, Connor Mountain and Danyon Hume.

The 2017 side was tipped for big things at the beginning of the campaign and despite losing Nico Covatti and Danyon Hume to season-ending injuries early in the year, the team battled on to make both the Championship Play-Off final and Knockout Cup final, only to miss out in agonising fashion at the final hurdle in both competitions. That side entertained fans up and down the country, capturing the imagination of the Ipswich public and news that almost all of the team will stay together for 2018 is sure to delight the fans.

King will captain the side again next season as he returns for his fourth consecutive season with the club, his tenth in total in Suffolk. The 2016 British champion has admitted that Ipswich feels like home as he held his number one spot in the team in 2017 and finished with a 8.87 average.

Schlein proved to be a popular signing on the terraces last year. After a strong start to the year, he was snapped up by Premiership side Wolverhampton and his form continued all season as he became one of the top heat leaders in both divisions. The Australian started on a 7.17 average and despite ending the season on the sidelines with an ankle injury, finished on 8.58.

Covatti has become a cult hero since arriving at the club in 2015 as a reserve on a 4.19 average. Since then he has gone from strength to strength and is now an established heat leader in the second tier as well as competing at the highest level in the Grand Prix Challenge meetings and the SEC. 2017 was a frustrating year as his season ended in April after suffering a serious wrist injury in a crash at Redcar. Born in Argentina but racing on an Italian licence, Covatti is fully fit again and delighted to be back racing.

Heeps enjoyed the season of his career last year increasing his average from 5.07 to 6.93 and stepped up to the heat leader positions in Covatti’s absence. His form earnt him a Premiership spot with Somerset and as an Ipswich asset, the fans will be pleased to see ‘one of their own’ back again in the new year at Foxhall.

Härtel is an exciting addition to the 2018 side. The 19-year-old German was born in Landshut and has been German U21 champion three times already. He was given a wildcard at the 2015 SEC round in his home town and starred for Germany’s Under-21 team at this year’s World Cup semi-final scoring 16 points. Härtel shone in the 2014 Best Pairs Cup for Germany as he beat the likes of Chris Holder and Renat Gafurov on the night. He also scored eight for Germany in the 2015 World Cup qualifier and is now ready to embark on British speedway.

Mountain enjoyed a successful first season in the Championship with the Witches establishing a 3.33 average after starting the season on 2.00. The 20-year-old’s progress and professional attitude has impressed the management as the youngster looks to push on further in 2018. Mountain held the number one race jacket for National League outfit Mildenhall as they won the National Trophy last season.

Hume is another club asset who, like Covatti, suffered a painful 2017. After a stunning start to the campaign at reserve with the club, Hume suffered a broken arm and dislocated elbow in a crash at the British U21 Final at Poole which ruled him out for the remainder of the year. The 21-year-old is itching to get back racing in 2018 and will race for Birmingham once again in the National League too.

We’ll have news of 2018 season tickets in the coming weeks with the fixtures for the new campaign likely to be released towards the end of January. Stay tuned to our official website and social media channels for all the latest Witches news.