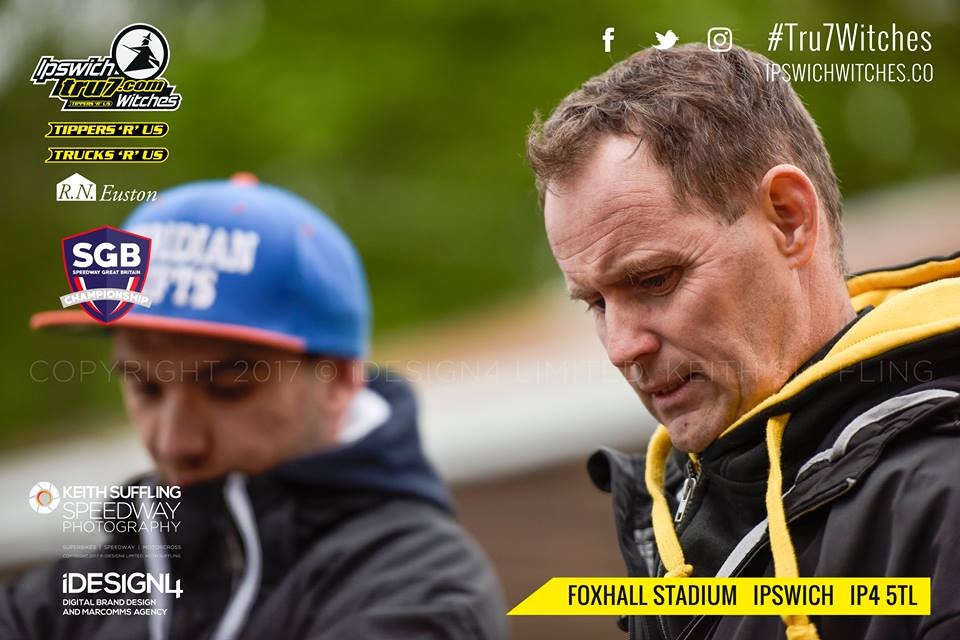 We have weathered the storm. I think that is the best way to describe the first half of our season. With the two injuries we had and Kyle (Newman) coming back and having to bring in replacements, it has all been a bit topsy-turvy and unsettling but we have weathered the storm. I feel that we have come through it and we are in the top three and in a reasonable position. We have got to be happy with how it is panning out at the moment.

We dropped a point at Scunthorpe by only getting three and not four I feel. We have dropped points away from home where we should have picked a few more up. Like I said though, from my point of view to be where we are, having weathered the storm of three long term injuries effectively and making changes I think we have to be happy with being in a position we can attack from. We could be 10-15 points behind our rivals otherwise. However, now we have settled down we have to be more solid away from home and pick up single points at the very least every time and grab a few more away wins.

Kyle and Justin (Sedgmen) have both been struggling. Kyle has been playing catch up with everybody having missed the first six weeks of the season, which are the worst ones to miss. Justin has struggled with the track at Ipswich but there were long discussions last week after the Newcastle meeting and he is under no illusions as to what is expected of him but we are always prepared to give every rider the bit of time they need to settle in. Nathan (Greaves), I can only echo what Ritchie has said. He has come in with a great attitude, always gives 100% and always is well equipped and I am very happy with what he has done.

Speedway tracks will always be moaned about, even back in my day! I don’t think our track is being necessarily moaned about now though. We need to maximise two things really. It’s a balance of how the team gets the best result and putting on an entertaining show. Having changed the shape a little bit in the winter and improved the banking I have been disappointed to date with some of the racing. Some of it has been good, some of it bad but I expected more. We are looking at the surface itself to improve the entertainment factor as I think it is very important but it has to be done in a way that suits our riders because the result is everything. We are making some tweaks but you won’t see radical differences but hopefully it will mean everyone is prepared to get stuck in and it improves the racing.

It’s a competitive field at the British Final. Tai (Woffinden) missing from the line-up does not detract from the meeting. I’m not suggesting he is not our nation’s best rider at all but he would enter the meeting as a clear favourite. Without him, there is no favourite, so in that respect it does not detract from the meeting. Of course, I am like anybody else, I love watching him race but it does look very competitive and you cannot confidently pick a winner. All you can do is get behind your favourite! Hopefully a few Witches fans can travel up to Manchester, it is a great venue in every respect, the facilities, the track and the racing and it should be a cracking meeting.

If the new starting rule brought in this year was adhered to by referees it would be very good. We have had more than one occasion where a referee will stop a race and even not give a warning and by the end of the night a rider might have had three in my view. We have had an incident at Workington this year when a rider has had two warnings and no exclusion whereas the rule is very simple and in black and white. The rule is right but the application has not been good so far.

The new Gerhard engines can only be good for the sport. Competition in anything generally lowers the price and that is not what it is intended to do but it is intended to lower the cost of running a speedway engine. It is still relatively early days for the project and it has been developed over a few years. Freddie Lindgren has led that development in the last 18 months and it is proving to be what it says on the tin – a reliable engine that is cheaper to run and goes longer between service intervals and is competitive with the best engines out there.

The only thing you get with them is that they have different characteristics and you can’t expect to just jump on them and feel at home straight away without having to change your thoughts and mindset. It is not a GM or a JAWA and you have to treat it differently. It is a long-term project that will be very good for the sport. Technically it is a better, more durable cylinder head design that looks after all the key components which is why they don’t need servicing so regularly. So far, the project is going very well. My role is with the BSPA more than anything, I act as a distributer here, so the engines come to me first and then I distribute them in this country, that is my role. I have learnt a lot about them but I have nothing to do with the development of the engine.

There is no quick fix for what has taken quite a few years to get into regarding doubling-up. I have seen it coming for many years and tried to battle against any leniency towards doubling-up. I understood the concept in the first place about 18 years ago but it has been allowed to freefall out of control and undoing that damage could take as long as it took to get to this place. Without a massive cull to the sport there is no overnight fix with doubling-up, whilst we should be doing everything possible to reduce it there is no quick fix to it.