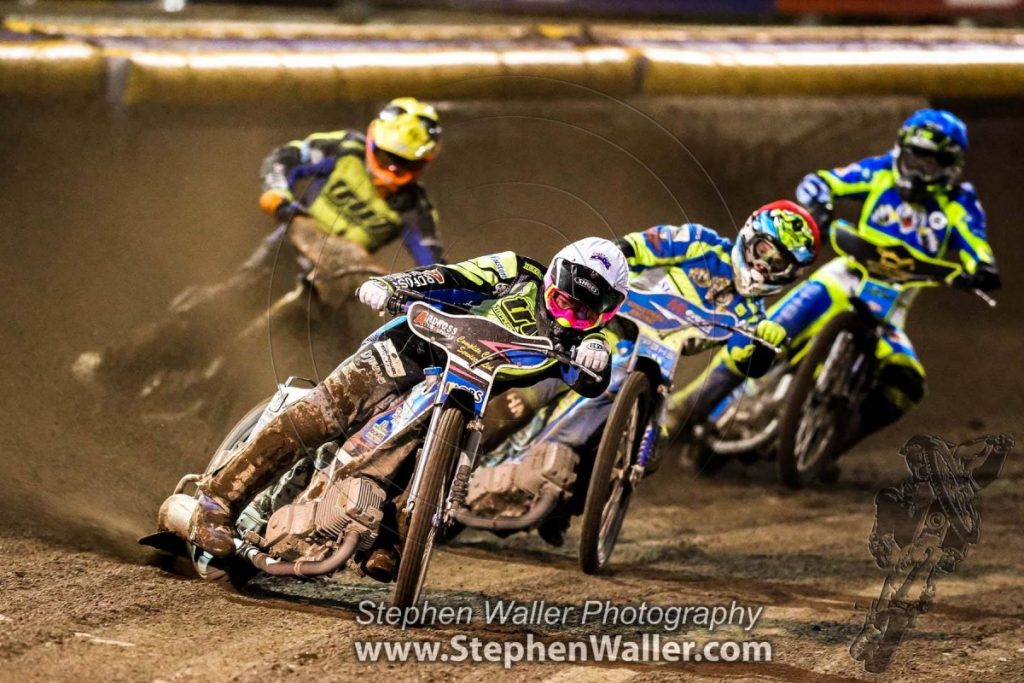 The ‘Tru7.com’ Witches welcome back Sheffield Tigers to Foxhall on Friday night for the second leg of the Knockout Cup semi-final (7.30pm).

The two sides raced last night in the first leg at Owlerton with the Tigers building a 12-point lead after a 51-39 victory ahead of the trip to Suffolk.

Of course, the Tigers were in town a couple of weeks ago as they became the second team to win at Foxhall in 2017 and lifted the Championship trophy. The home side will be keen to put things right this time around in front of their own fans as they look to lift some silverware this season.

Connor Mountain is back in the side at reserve after missing the Play-Off final with a shoulder injury. Sadly, Kyle Newman will miss the clash after he injured his shoulder in Thursday’s meeting and popular guest Mason Campton covers his absence at four. Workington’s Ty Proctor will guest at five for Rory Schlein who picked up a hand injury and was concussed after a fall at last Sunday’s Championship Pairs. Rider replacement will be in operation at two for Justin Sedgmen.

The visitors have drafted in Scott Nicholls once again at number one for the injured Josh Grajczonek. Nicholls stepped in for the Australian in the second leg of the Play-Off final and clocked up 12 points with a win in heat 15 sealing a win for the Tigers on the night. Rider replacement will be used at number five for the injured captain Kyle Howarth.

Sheffield were only the second side to win at Foxhall in 2017 after their 46-44 Play-Off final victory in September but the Witches took the honours in both league meetings this season prior to that.

Team Manager Ritchie Hawkins says that his team have done the town proud in 2017 and hopes that the support is there to help them progress to the final.

“Anyone who has seen the side home and away this season will be proud of the team,” said Hawkins. “I am super proud of our Witches and they are a team that Ipswich should be proud of and come out and support. We hope for another big crowd and I think the boys deserve the support and they have done the town well this year and have been a credit to the club and worn the badge with the honour it deserves.”

Hawkins says his team must cut out the mistakes this time around but says the philosophy of the side will stay the same.

“We have got to cut out the mistakes, we made too many mistakes in the final. We had got ourselves right into the meeting in the final and it turned halfway through. We don’t need to change our philosophy to what it has been all season because we will keep working hard and fighting for everything. If you keep doing that, in the end you will get your rewards.”

The boss says it was an easy decision to draft in Campton once again and is looking forward to having him in the team.

Kids go free to this meeting!