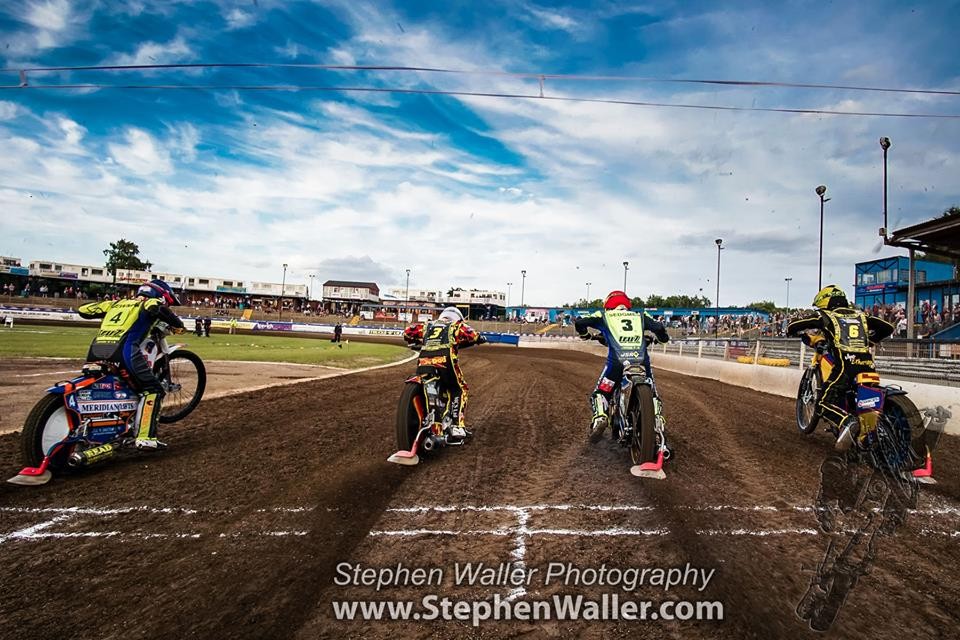 The ‘Tru7.com’ Witches face the Workington Comets on Thursday at Foxhall in a Championship encounter (7.30pm).

The home side will be keen to get back on track after a frustrating night in Edinburgh on Friday. After comprehensively beating Berwick at Foxhall last Thursday, the Witches headed north of the border to face the league leaders. After 12 heats the Witches were leading and looked set to bring some points back to Suffolk but a disastrous final three heats meant the Witches left empty handed.

Thursday’s clash with the Comets represents a tough test for the home side with the visitors having started the season well and sitting just outside the top four having raced fewer meetings than those above them. After switching the riding order for the trip to Edinburgh, Ritchie Hawkins makes another tweak to the order with Cameron Heeps moving to number three and Justin Sedgmen now at number four.

The visitors are led by Great Britain World Cup captain and newly crowned British champion Craig Cook. The Comets captain recently qualified for the GP Challenge after he won his qualifying semi-final in Terenzano last week and continued his good form at Belle Vue on Monday to take the British crown. James Sarjeant returns to Foxhall with his new side and could be one to watch from the reserve position. Rob Shuttleworth is expected to be fit for the clash.

The Witches have won the last three meetings at Foxhall between the two sides in convincing fashion with the Comets not tasting victory since the 2013 play-offs when Richard Lawson led the away side to victory.

Team Manager Hawkins says the Witches must learn from Friday’s defeat at Edinburgh and expects another tough test at Foxhall.

“We have got to put Friday behind us but we have got to learn from it,” said Hawkins. “We keep saying it every week but Workington have the potential to give us a really good meeting.”

The boss explained his thinking behind the switch in the riding order for Thursday’s meeting.

“I changed the riding order last year at times and I am open to doing the best for every night. We review it every week really. Cameron is riding very well and by moving him to three I am just trying to get the best potential out of everybody. We are still experimenting to find the best line-up by the play-offs as well as making sure we win enough meetings to get into the play-offs.”

Hawkins says that it was no shock to see Rory Schlein finish third in the British Final as he urged Danny King to use the disappointment of losing his title to spur him on in the rest of the campaign.

“It was not a surprise that Rory made the rostrum. They both looked quick when they got out in front. I think Danny is mega disappointed to lose the title but he has got to pick himself up from the disappointment and now have a strong season and build towards winning his title back next season.”

The former skipper offered his congratulations to new British champion Cook and believes the away side will be full of confidence coming to Foxhall.

“Cookie will be buzzing and congratulations to him, it was a well-deserved win. They will be coming to get a result and will confident with Sarj at reserve as well.”