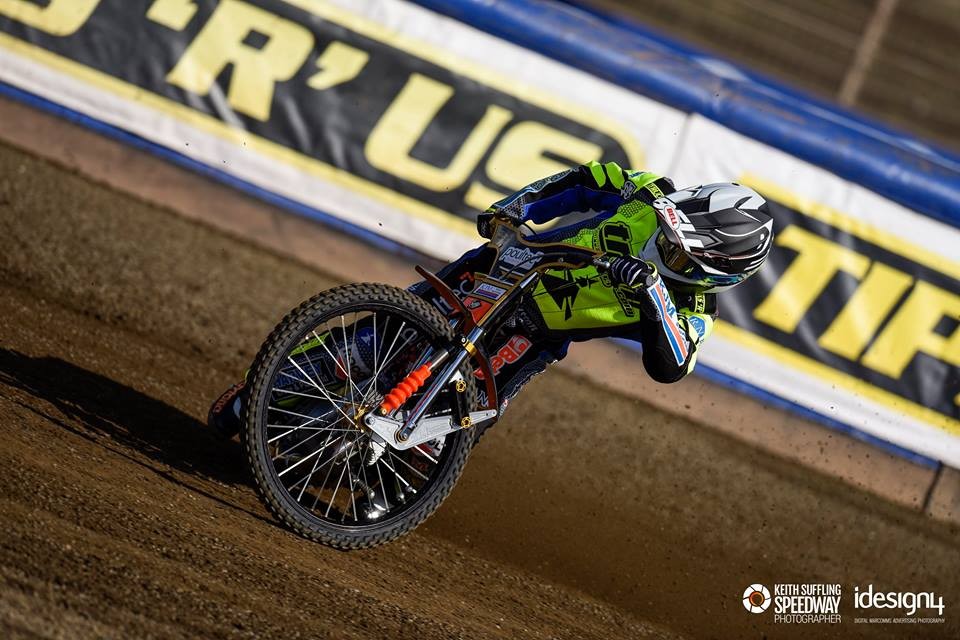 The ‘Tru7.com’ Witches continue their busy week with a trip to face the Redcar Bears on Thursday in the Championship (7.30pm).

The Witches were in action twice over the Easter weekend facing local rivals Peterborough Panthers home and away and coming away with four points from the two meetings after a convincing home win and a narrow away defeat at the East of England Showground.

It’s the same seven for the Witches with James Sarjeant continuing in place of the injured Kyle Newman and as usual the reserves continue to swap positions on a meeting by meeting basis.

The Bears have had a complete shake up in the winter with only Jonas B Andersen and Tobias Busch remaining from last season. The always exciting Jason Garrity leads the new side and is joined by a member of the 2016 Witches side in Ben Barker, who will be keen to prove a point. Charles Wright, a title winner with Somerset last year is at number three. Coty Garcia stands in for the injured Tobias Busch at number two and Richard Hall and Ellis Perks complete the side.

The Bears got their Championship campaign underway on Monday with an away win at Scunthorpe but suffered an early Knockout Cup exit losing to Peterborough both home and away. It’s a venue that the Witches have fared well on in recent times winning the last three meetings at the Media Prima Arena.

“We’ve got back to back meetings with Redcar now and they look a decent side,” said Hawkins. “We go there in good spirits and there is massive improvement in us and if we ride like we did at Peterborough then we can get a result there.

The boss says the Bears will provide a stern test as the Witches look to accumulate more Championship points on the road.

“They’ve got an exciting line-up with Ben and Jason leading the way and you can look at their team and know you’re going to get a good hard meeting. We will have to be on top of our game, this league is very strong and every meeting we need to be there fighting but we are looking to win at home and away this season.”