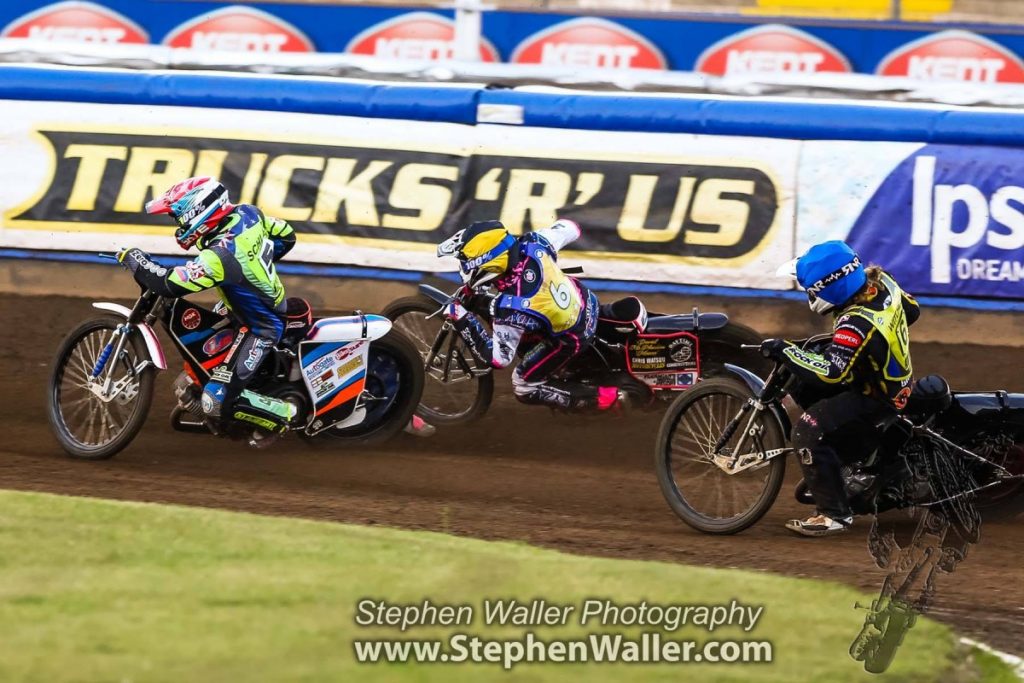 The ‘Tru7.com’ Witches head to Scunthorpe on Sunday as they look for a vital away win at the Eddie Wright Raceway (5.30pm).

Ipswich beat Glasgow last time out at Foxhall after an impressive display and the Witches sit second in the table going into the final stretch of the season. Kyle Newman is fit enough to take his place in the side after he was withdrawn after heat one of the win over Glasgow last time out following a heavy first turn fall. Rider replacement will be used for Justin Sedgmen who aggravated his shoulder whilst guesting at Edinburgh.

The Scorpions have endured another tough campaign and are racing for pride at this stage of the season, with only Berwick below them in the table. Scunthorpe have lost seven times already on home shale but will go into Sunday in confident mood after a fantastic away win at Workington last time out. Lewis Kerr is enjoying a good run of form for the home side and Tero Aarnio at reserve could prove to be a trump card.

The Suffolk side took a last heat victory in the earlier meeting this season, with Danny King completing a five-ride maximum in a 46-44 win.

Team Manager Ritchie Hawkins says he would take a repeat of that victory again this time around but says the hosts always provide a stern test despite their league position.

“Scunthorpe have not had the best of seasons but they always give us a really tough match,” said Hawkins. “It will be another tough one on Sunday and our first meeting up there this season was a classic and we just managed to sneak the win. I will take the same again on Sunday.”

The boss says the home side will be full of confidence after their away win but is hoping his team can strengthen their top four spot come the end of the weekend.

“Their team has changed since our first visit there and they will be on a high after having that brilliant away win last weekend. A win would really strengthen our position in the play-offs and we are looking to get a win.”

Hawkins is hoping Newman returns to action without any issues and is delighted to see good friend Cameron Heeps performing well at the top level as well as for the Witches.

“It was a real worry when Kyle got injured and the early signs were not good but hopefully he will come through Leicester on Saturday and it won’t affect him too much. It is on his left ankle so it is not necessarily the important one. Your right leg takes all the pressure so hopefully he will be alright.

“Cam and I are close and he is a mate away from speedway. It is nice to see him doing well and starting to live up the potential we always knew he had. It is really pleasing for him and he needs to keep going and live off the confidence to kick on.”