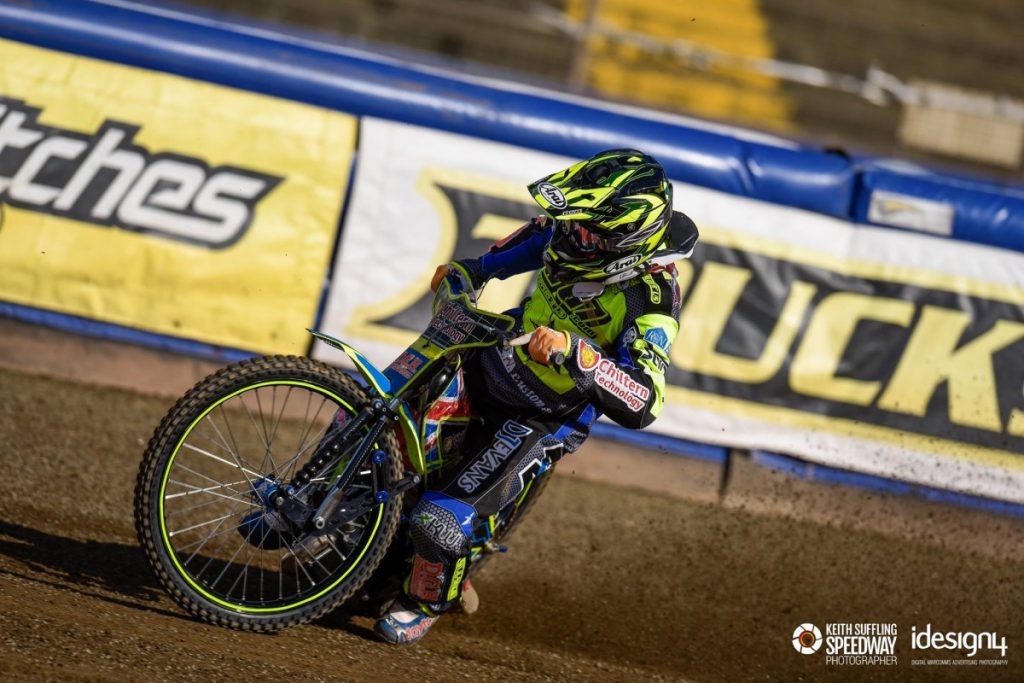 The ‘Tru7.com’ Witches head to Yorkshire on Thursday to take on the Sheffield Tigers in the Championship (7.30pm).

The two sides have been hotly tipped for success this season and met on the opening night of the season at Foxhall in late March with the Witches putting in a convincing performance to win 52-41. The Suffolk side have been in Knockout Cup action since, progressing into the next round after beating Berwick comfortably over two legs.

Kyle Newman is still out with a shoulder injury as James Sarjeant continues to deputise for the Witches at number two. Kyle Howarth leads the home side with winter signing Josh Grajczonek at number one. Mark Riss rides at number six for the Tigers with Rob Branford in action for Rye House.

The two sides served up some cracking action at Owlerton last season with the last meeting a pulsating 45-45 draw in the league and the away side will be full of confidence after a promising start to the new campaign.

Team Manager Ritchie Hawkins says he is looking to take points from all away meetings in 2017 as Sheffield has proved to be a favourable track in recent years.

“It’s going to be very tough on Thursday and we need to be looking to take points from all of our away matches,” said Hawkins. “To go to there and bring a point back would be acceptable.

“I remember when I first came to Ipswich I was told we were never going to be any good at Sheffield or that we were notoriously bad there. However, since I have been part of the side we have had good results there and with Danny (King), Nico (Covatti) and Rory (Schlein), they know the place well and they’ll all enjoy it.”

Hawkins expects Connor Mountain to be fully fit for Thursday’s clash after a fall but is glad all seven riders have been in action since the last meeting in Witches kevlars.

“Connor did the sensible thing on Sunday and missed his last ride, he’s a bit sore but I’m sure he will be back fit and getting himself ready for a busy week ahead. Hopefully he and Danyon (Hume) will be celebrating Tuesday night by getting into the British U21 final.

“When you have a big break between meetings it’s something that can go against you but we are very lucky that all seven of our boys have raced whilst we have been off. I was worried Cam (Heeps) might be the only one not to get any meetings but at least he got a meeting Sunday. Everyone has been racing and I think they’ll all be raring to go for our busy period ahead.”

Children (3 and under): Free