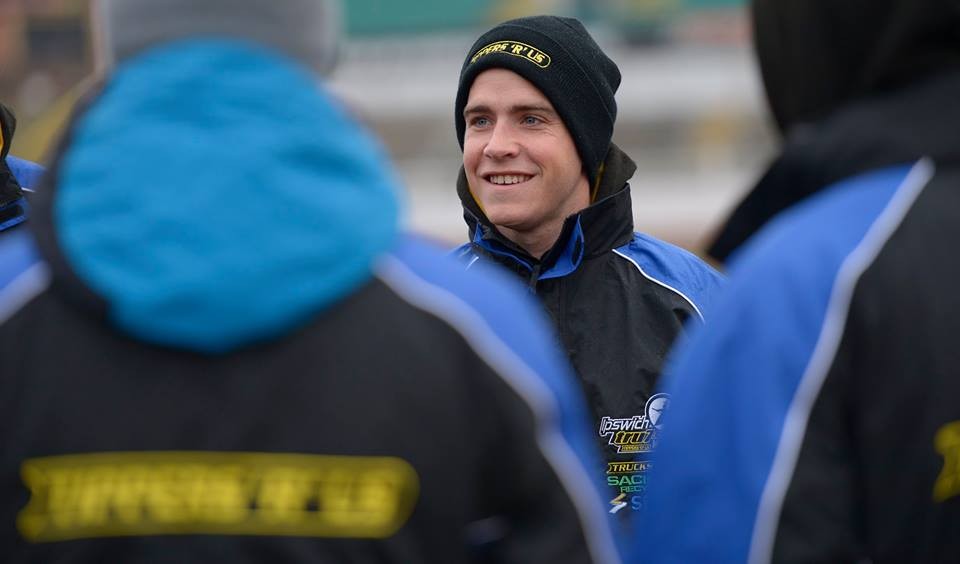 As we all know track work is happening at Foxhall this winter and if you can make any track wider around the corners it produces better racing. If you look at Somerset and Scunthorpe they both produce good racing. The surface has needed work doing to it but we will still like to have a grippy track as that gives us home advantage.

It was really good team building this winter and it started way before the AGM. We had ideas already and as the year went on last season Chris (Louis) took on board what I was saying and we work well together. It was tough but I haven’t got the stress about what we are going to pay them!

We knew who we wanted to keep from last season. I think we started with Danny (King) and Danyon (Hume)and then built from there. I made a list of riders I wanted to work with and we are both looking for similar things. You are looking for professional riders who are going to give you everything every race so we knew what we were looking for. I’m happy with how it went and who we managed to get. I didn’t know we’d be able to get some of the riders like Kyle (Newman) and Rory (Schlein) who were massively keen to come here so that was a big bonus.

Once the points limit was dropped it became apparent quite quickly it would be hard to fit Ben (Barker) in. It was disappointing really as I was very keen to bring Ben in last year and he was a massive part of turning our season around and he did everything to deserve his place in 2017. I know he was disappointed and wanted to come back. I think Sarj (James Sarjeant) was in 90% of the teams we put together and he was the first name we put down in most of the teams but the other riders didn’t fit in with his average. I think a second season with Ipswich would have meant he would have continued with his form from the second half of the season which was brilliant on the whole. He would have really progressed so that was very hard to not have him back.

There are some decent teams out there but we always look at what we are doing and we are capable of doing very well. Our goal is to get promoted through winning the league and it is a team put together to do that and I can’t see any reason why we cannot do that.

Much has been made of the changes to the British speedway in 2017 and I feel everyone is on false averages in the Premiership and I have sympathy for that. The averages are what they are and I think they will sort themselves out by the end of the year and they should have a proper average come the end of the season. I think doubling up is going to be a bigger issue and it is something that needs addressing and I think that could be sorted with race nights if everyone was prepared to work together.

Have a great Christmas,