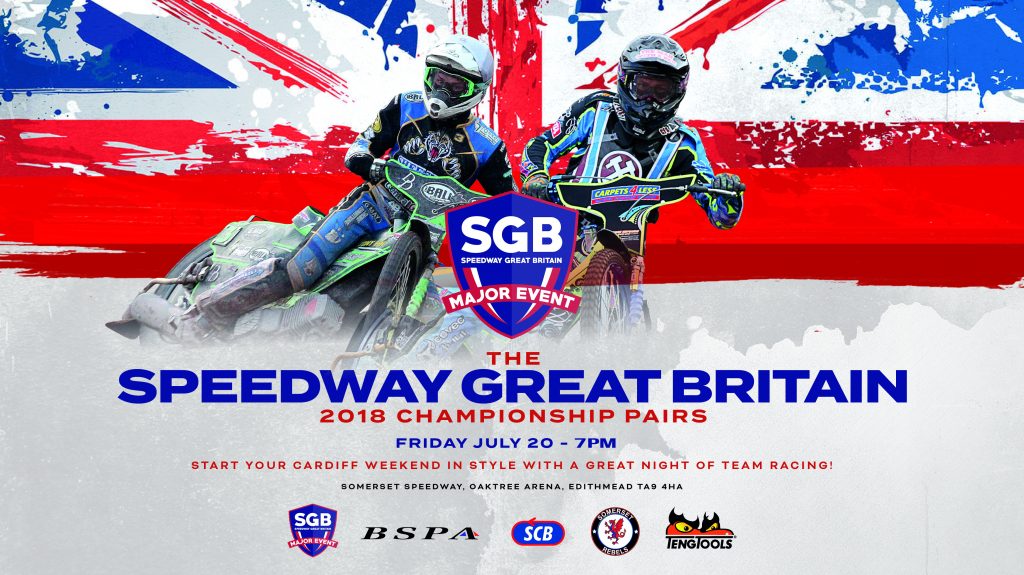 The ‘Tru Plant’ Witches duo of Rory Schlein and Nico Covatti head to Somerset on Friday for the Championship Pairs. The showpiece event is a highlight of the calendar year as speedway fans begin their weekend at the Oaktree Arena before heading to Cardiff for the British Speedway Grand Prix on the Saturday. Schlein has been one of the outstanding riders of 2018 in British speedway and is at the top end of the averages charts in both the Premiership and Championship. With Nico Covatti a man in form and now riding for the Somerset Rebels in the top flight, the Witches have a strong pairing heading into the event. The Witches are in group 2 alongside Sheffield, Glasgow, Redcar and Workington. Each pair will have four qualifying heats and the winners of each group will ride against the runners-up from the other group in the semi-final. The two winners of the semi-finals will then compete in the final. The Witches won the event back in 2015 as Danny King and Rohan Tungate upset the home favourites in the final.

With no home track advantage in this year’s Pairs, there is no clear favourite but the Lakeside pairing of Nick Morris and Richard Lawson look a formidable pairing. Morris spent two years at Somerset from 2013-14 and Lawson is currently in his second season with the Rebels in the Premiership. The pair have plenty of track knowledge under their belts and have started the season well in the high-flying Lakeside team and will be contenders on Friday.

The Workington pair of Ty Proctor and Nicolai Klindt may not jump out from the page but with both enjoying good seasons so far, they could dark horses for the title. The Dane has been in stunning form this month with a string of double figure scores for the Comets. Proctor suffered injury earlier this month but had been going well and they will fancy their chances in their current form.

“Nico and Rory are going to look at each other and know they have a good chance to win it, we have as good a chance as anyone and we go there focused on winning it.”

“Being consistent is key really, in the shared events you need to be consistently picking up points and not running lasts.”

It was a frustrating and costly afternoon for the ‘Tru7.com’ Witches at the Championship Pairs in Sheffield last October after Rory Schlein was withdrawn with injury.

Witches pair of Danny King and Schlein looked a formidable duo heading into the meeting and started well but the latter was withdrawn and taken to hospital with an arm injury after a nasty fall in his second ride. That left King having to complete his programmed rides on his own, knowing his side could not win on the day. The Witches captain battled on without his partner as they bowed out at the group stage on 16 points. Unsurprisingly, it was the home duo of Kyle Howarth and Lasse Bjerre who won the title for Sheffield after beating Redcar in the final.