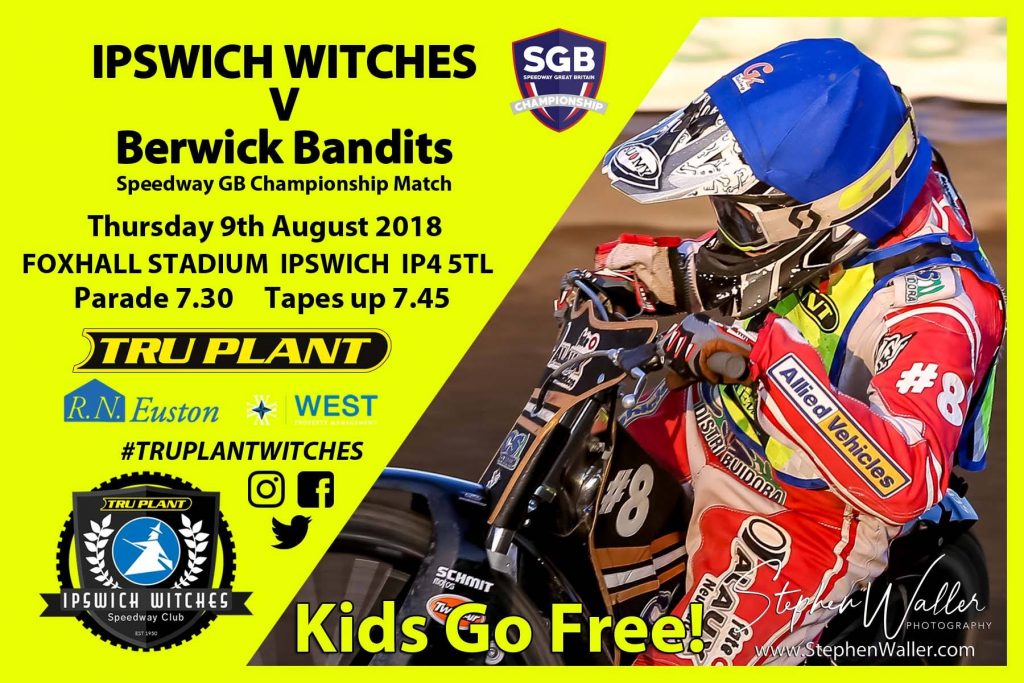 Fans can meet Coty Garcia by the turnstiles from 6.45pm-7.10pm

The ‘Tru Plant’ Witches entertain the Berwick Bandits on Thursday at Foxhall in a Championship fixture. The Suffolk side had a busy week last week with three meetings in four days that included a win at home to Lakeside followed by a defeat in the return fixture and then an impressive draw at league leaders Peterborough. The Witches have enjoyed the benefits of having a settled side in recent weeks with a guest replacing the injured Danny King at number five. It is the same this week as Ty Proctor comes in to replace the club captain. The Witches find themselves in the play-off spots after a productive week last week with Thursday’s opponents sitting just outside the top four. Thursday represents a chance for the Witches to consolidate their position in the top four and put some distance between them and the Bandits.

Berwick have enjoyed a much improved 2018 and currently sit just outside the play-off spots in the Championship. Much of that has been down to their home form at Shielfield Park where they have won seven and lost just once. They are yet to register a win on the road though and have picked up just one point so far on their travels. After a miserable 2017 where they finished bottom they were unfancied by many for success in 2018 but as they sit in a good position they will be determined to push on and claim a spot in the end of season shootout. 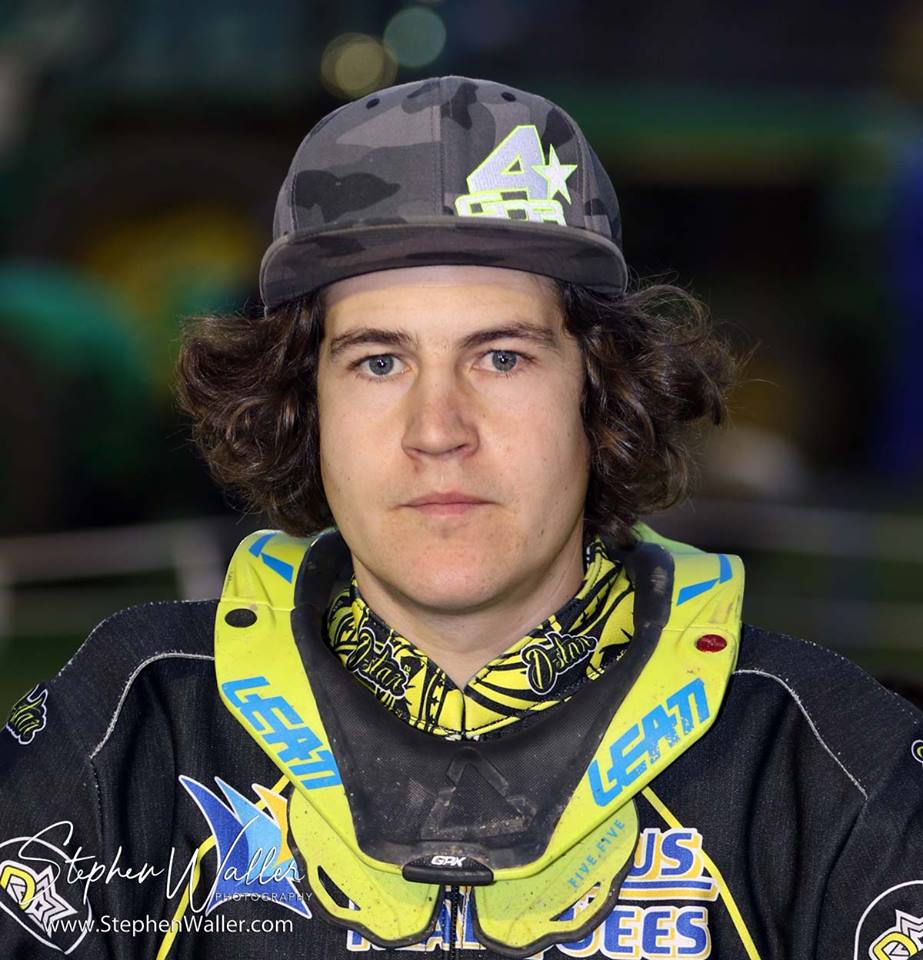 Gappmaier came over to UK in 2016 to race for the Bandits and the Austrian has improved with every season so far. He has been in good form of late and now finds himself in the main body of the team after scores of 8+3, 8+1, 8+3 and 12+1 in his last four at reserve although he will find it tougher at Foxhall against the Witches top five.

“Berwick are up there in the table so we need to make sure they don’t go away with a point. We have got to get the win first and win by seven or more but the most important thing for us is to carry on the good run of form. We are getting good results and we need to carry that on.

“When you are getting good results that breeds confidence. We have been a good side all season but we didn’t perform on occasions. That is in the past now and we are looking good at the moment but we need to carry it on for every league match until the end of the season.

“Ty is one of the first names we look to when booking a guest. If you come and do well then we will look to book you again and that is certainly what he has done for us. Ty is having a great season and we are really pleased to have him in.”

The Witches had a busy but positive week last week as they beat Lakeside at Foxhall but went down to defeat in Essex the following day. At Peterborough the Witches claimed an away draw ending the the home side’s run of seven straight wins. Berwick’s recent form is reflective of their season as a whole. A big home win over Scunthorpe was followed by defeat at Glasgow but they bounced back with a huge win over the Tigers on home shale.