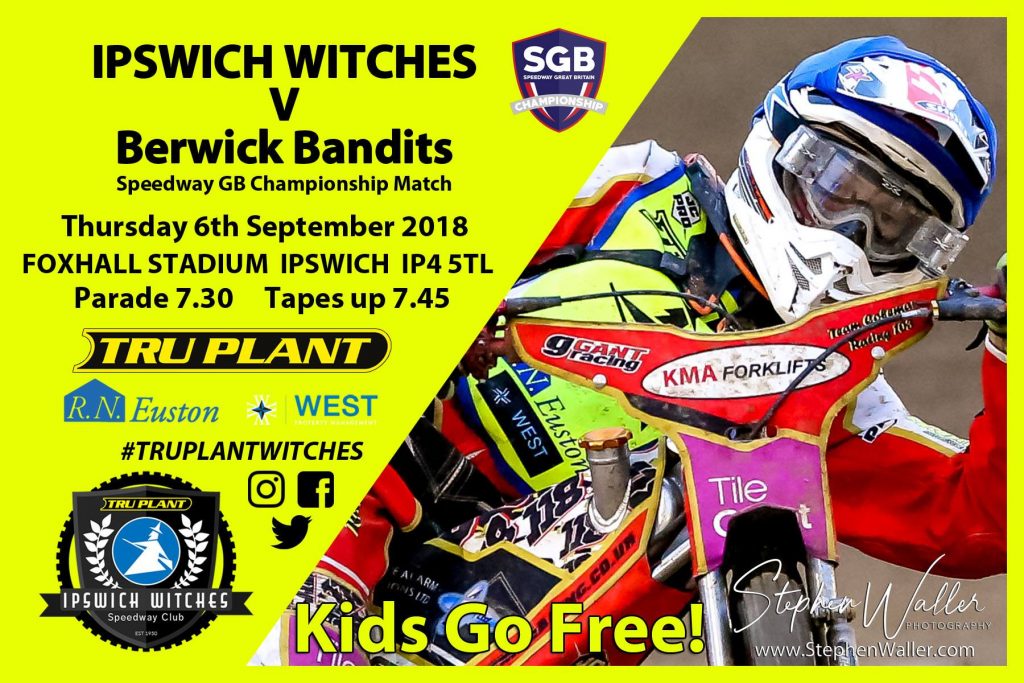 Fans can meet Drew Kemp by the turnstiles from 6.45pm-7.10pm

The ‘Tru Plant’ Witches entertain the Berwick Bandits on Thursday at Foxhall in a Championship fixture. The Witches were at Glasgow on Tuesday in what was almost a shootout for the play-offs. After leading the majority of the meeting, injuries and crashes hit the Witches hard and the Tigers came back in the last three heats to snatch a win, leaving the away side with just a consolation point. That point leaves the Suffolk side fifth with two home meetings to race with Team Manager Ritchie Hawkins saying that the other sides would have to have a disastrous final few meetings for the Witches to make the top four. With the play-offs looking out of reach, all the Witches can do is try and win their final two home meetings and see where it leaves them, starting with Berwick on Thursday. Scott Nicholls was due to guest at number one but now requires surgery on his ankle after his crash at Glasgow on Tuesday whilst guesting for the Witches. Lakeside’s Richard Lawson now steps in, having scored 17+1, 14+1 and 11 on his three visits to Foxhall with the Hammers. It is hoped that Cameron Heeps will be fit to ride after injuring his knee at Ashfield earlier this week. Rider replacement will be used at number five for the injured Rory Schlein, who is unlikely to ride again this season. It has been another difficult season of injuries for the club and although the play-offs seem unlikely the team will be fighting until the end to finish the season on a high.

Berwick have enjoyed a much improved 2018 and currently sit just outside the play-off spots in the Championship. Much of that has been down to their home form at Shielfield Park where they have won nine and lost just once. They are yet to register a win on the road though and have picked up just three points on the road this season so far. Despite their position not many are tipping the Bandits to make the top four, with three away meetings remaining. Thursday represents a huge chance for them to make people sit up and take notice as they could move into the play-off spots with a win. 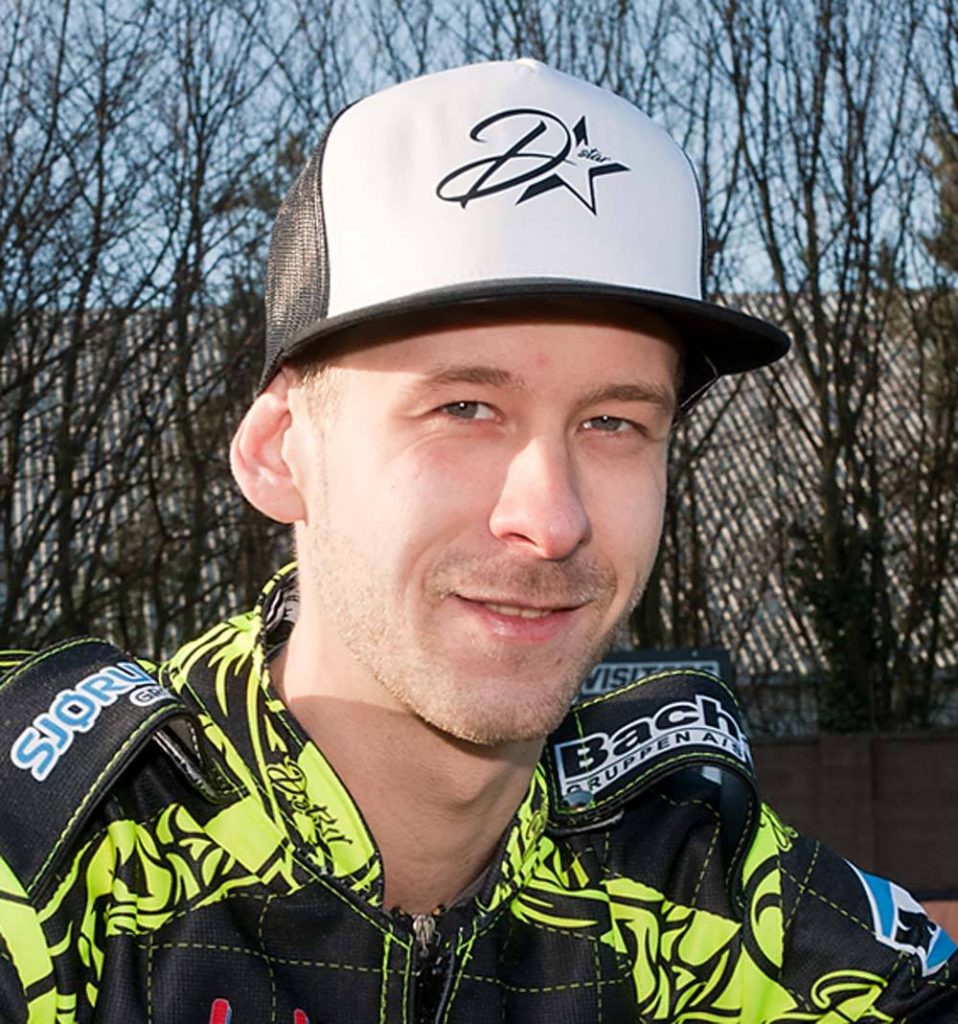 Busk Jakobsen has been in fine form for the Bandits of late albeit from reserve. He has scored 9+3, 12+3 and 12+2 in his last three appearances and now finds himself at number five where he will find life a lot tougher. He will need to carry on that form if Berwick are to have any joy at Foxhall.

“Since we made the changes to the team, we have done very well. We want to end with two home wins and that is what we are looking to do, starting on Thursday.

“Thursday is very important for Berwick, if they can get an away win then they have a great home record so they can give themselves a big play-off push.

“We have been trying to get Richard this season as a guest but for various reasons it hasn’t worked out due to rain-offs and work commitments. We look forward to having him in the team and he has been going very well at our place recently.

“We got a point at Glasgow but the reason we are in such an uphill battle for the play-offs is because we haven’t picked up a point in other away meetings this season. They are more vital than the home losses because they happened because of valid reasons. We have had too many away meetings this season where we haven’t picked up a point and we have been beaten by more than seven points.”

The Witches are in good form having picked up points in their last three meetings. Ipswich thrashed Scunthorpe away from home before beating the Scorpions at Foxhall last week. The Witches were then narrowly beaten at Glasgow earlier this week, picking up a point. Berwick are in decent form too and are unbeaten in four after three convincing home wins over play-off contenders Glasgow, Peterborough and Edinburgh. They also picked up an away draw at Scunthorpe in the middle of those home wins to enhance their play-off prospects.