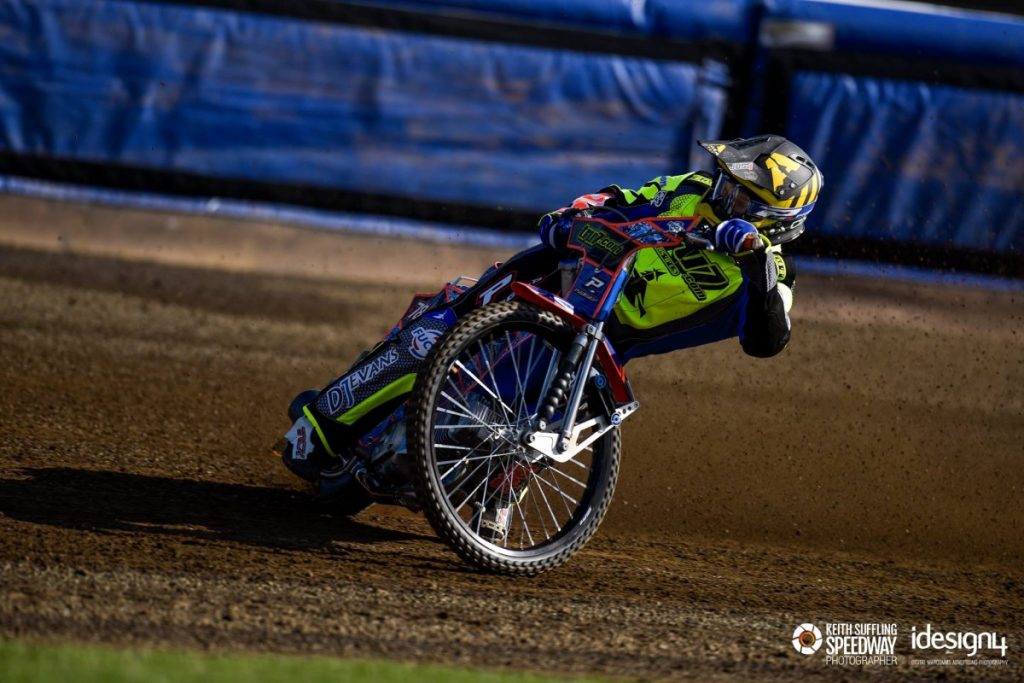 The ‘Tru7.com’ Witches comfortably progressed to the next round of the Knockout Cup after a narrow 49-41 defeat at Berwick on Saturday, with the score 101-79 on aggregate to the Suffolk side.

Things didn’t start well for the Witches as the home pair of Lewis Bridger and Liam Carr raced from the gate and captain Danny King suffered an engine failure on the second lap meaning a 5-1 to the Bandits to kick things off. It looked like the away side would react immediately in heat two as Connor Mountain and Danyon Hume were early leaders but Bandits guest Richard Hall passed Hume for second on the third bend of the first lap before picking off Mountain on the line for a 3-3. Claus Vissing won heat three but Covatti split the Bandits pair passing Dimitri Berge for second on the fourth bend of the first lap to prevent a 5-1. Rory Schlein got the Witches first heat win of the night as the points were shared leaving the Bandits 15-9 up and with hope of a comeback.

Vissing was a winner again in heat five but King and James Sarjeant kept Lasse Bjerre at the back to ensure a 3-3. Schlein also got his second heat win of the night in heat six in another share of the spoils as the overall tie began to slip away from the home side. Covatti provided another Witches winner in a shared heat seven and Carr won heat eight but the Witches pair of Sarjeant and Mountain made sure of another 3-3 to leave the score at 27-21 to the home side who needed a miracle to progress on aggregate.

The job was all but done in heat nine as Schlein’s red hot form continued as he got past Berge to take the win in yet another 3-3. The tie was over after heat 10 though as Covatti won again with Cameron Heeps picking up third for a 4-2 to narrow the score on the night. King was at his best in heat 11 as he rounded Kevin Doolan on the fourth bend of the third lap to win with Sarjeant holding off Hall for third for another 4-2 to the Witches. Covatti was in excellent form on the night and was a winner again in heat 12 in a shared heat to leave the score on the night 37-35 with the Witches firmly through to the next round.

Doolan got revenge on King in heat 13 by taking the win for the home side with Bridger third for a 4-2 that edged them closer to victory on the night. The Bandits win was confirmed in heat 14 as Hall and Vissing recorded a 5-1. King finished his night on a high as he won heat 15 ahead of Doolan and Bridger came out on top of a battle with Covatti for third meaning the night ended with a 3-3 leaving the final score 49-41 to the Bandits.

Next Meeting: CH 13th April vs Sheffield (away)