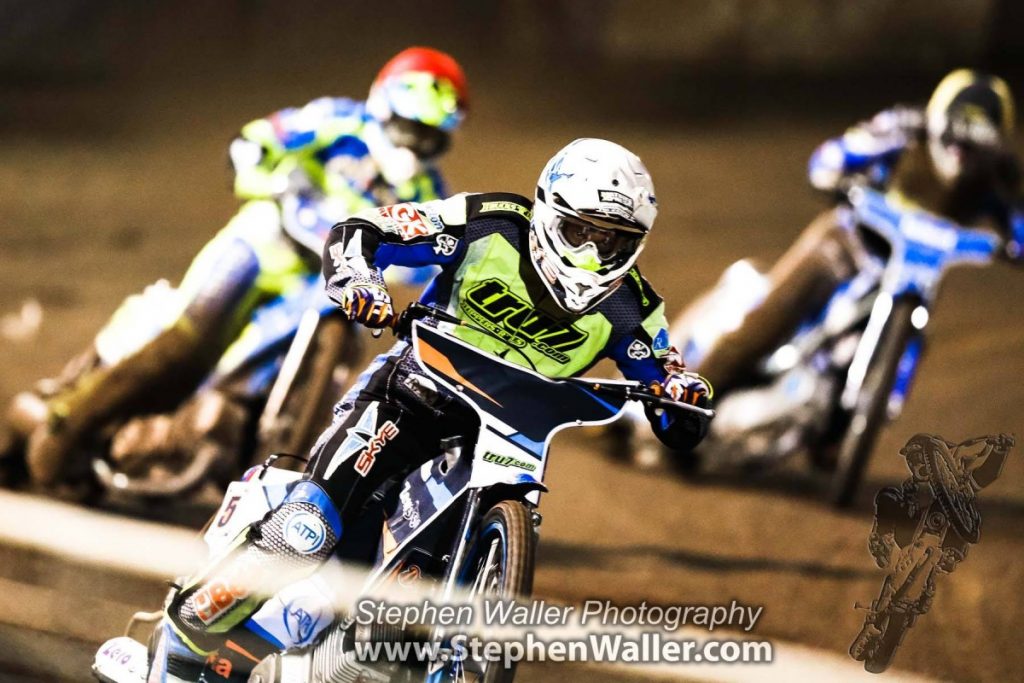 It was a frustrating and costly afternoon for the ‘Tru7.com’ Witches at the Championship Pairs in Sheffield on Sunday afternoon after Rory Schlein was withdrawn with injury.

Witches pair of Danny King and Schlein looked a formidable duo heading into the meeting and started well but the latter was withdrawn and taken to hospital with an arm injury after a nasty fall in his second ride. That left King having to complete his programmed rides on his own, knowing his side could not win on the day. The Witches captain battled on without his partner as they bowed out at the group stage on 16 points. Unsurprisingly, it was the home duo of Kyle Howarth and Lasse Bjerre who won the title for Sheffield after beating Redcar in the final.

The Witches got off to the perfect start in heat three as Schlein and King raced to the front from the gate and recorded a 7-2 over Workington.

Heat seven did not go to plan though as Schlein went wide in the first turn, falling heavily and he was excluded from the re-run. There was a lengthy delay to proceedings as the Australian was seen to by the paramedics. In the re-run, Richard Lawson won for Glasgow Tigers as King held off Aaron Summers for second, meaning a 6-3 to the Tigers.

Schlein was withdrawn from the meeting and taken to hospital for a check up on a sore arm after the fall, ending the Witches’ chances of victory on the day with King having to race on in the meeting without his partner.

Despite knowing the Witches could not win the meeting, King came out in heat 11 flew to the front on the first turn to beat Ulrich Ostergaard and Chris Harris of Peterborough. That meant a 5-4 to the Panthers with the Witches still in with a chance of qualifying for the semi-final despite being down to one rider.

The Scunthorpe pair of Lewis Kerr and Josh Auty recorded a 7-2 over King in heat 15 to bring a frustrating afternoon to an end for the Witches.

Team Manager Ritchie Hawkins reflected on the meeting and gave an update on Schlein’s fitness.

“We were in with a great shout with Danny and Rory and they made the best possible start but it was a bit of a disaster with what happened to Rory,” said Hawkins. “We are waiting on news from the hospital. Early signs are it is nerve damage but I don’t think there was anything broken. We are hoping for the best and he is still getting checked out in hospital.”

Hawkins says his side will deal with this injury in the same way they have done all season.

“It is something we have dealt with every week this season with riders getting injured and that sums it up. We will deal with it again this week and we hope for the best for Rory’s fitness.”

The boss says that injuries are part of the sport but praised King’s performance as he nearly made the semi-finals on his own.