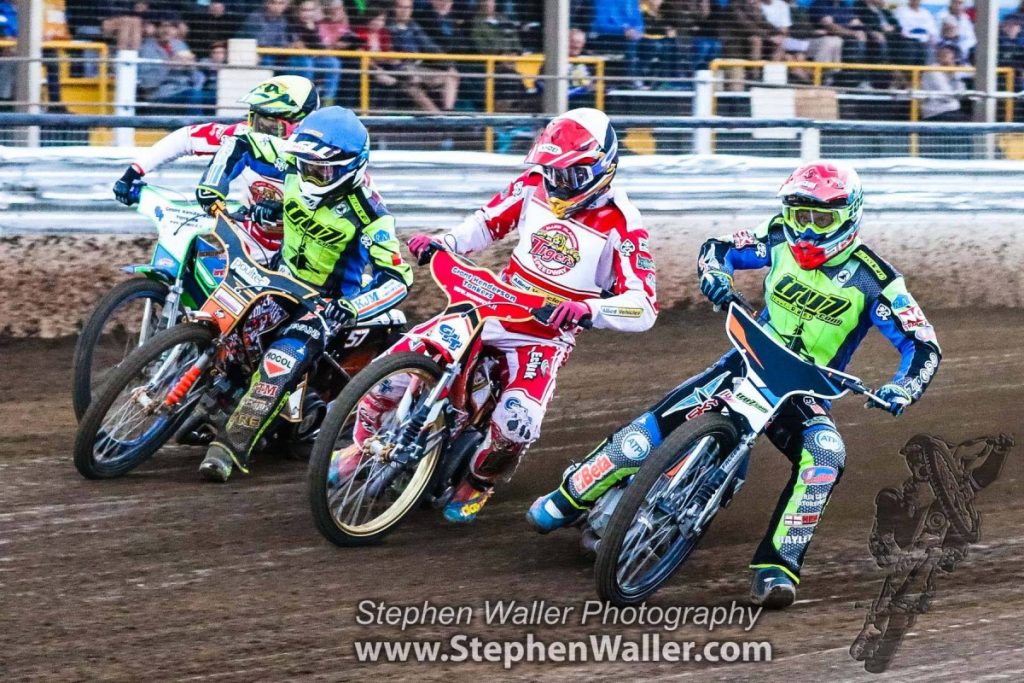 The ‘Tru7.com’ Witches produced a fantastic performance on the road to beat Glasgow Tigers 52-41 on Wednesday night in the Championship.

Heat one was stopped after Glasgow reserve Jack Smith fell on the opening bend and was excluded from the re-run. Home number one Richie Worrall won the re-run with Mark Riss and Danny King avoiding any issues to secure a 3-3. Nathan Greaves won heat two for the Witches beating James Shanes to the chequered flag with Connor Mountain claiming a point to put the away side ahead. Heat three was a corker as Riss led early on with Kyle Newman battling into second. Richard Lawson swooped round Newman at the end of the first lap to take second and then hit the front at the end of the third lap. However, Lawson got into trouble on the final bend allowing Riss to cross the line first for another Witches 4-2. The Witches’ strong start continued in heat four as Rory Schlein won with ease with Mountain in third for another heat advantage to give the visitors a 15-9 lead.

Lawson won heat five ahead of King and Newman as the points were shared to maintain Ipswich’s advantage. Schlein was in fine form again in heat six, winning comfortably as Greaves put pressure on Worrall for third but couldn’t get past. The Witches were in determined mood and Riss held off Aaron Summers to take the win in heat seven with Newman third after Shanes had fell on the second lap whilst at the back meaning another 4-2 to the away side. The home side couldn’t handle the Witches and things got worse for them after Schlein and Greaves inflicted more damage with a 5-1 in heat eight to put the Witches 30-18 up.

The tactical ride then came into play in heat nine as Lawson came out in black and white. Home guest Ryan Douglas was the early leader before allowing his partner through to take six points. Douglas then locked up on the third lap allowing Schlein through and the Witches man nearly caught Lawson at the front but a 7-2 got the hosts back in the tie. Worrall won heat ten ahead of Riss and Newman in a shared heat to keep the away side seven ahead. Any chances of a hope comeback looked slim after heat 11 as some clever riding from King allowed Greaves to hit the front as the pair recorded a 5-1 to put them on the brink of victory. Impressive guest Riss fell on the opening lap of heat 12 and was excluded from the re-run. The Tigers gave themselves hope again with a 5-1 in the re-run thanks to Lawson and Smith leaving them 34-41 down with three to race.

It was game set and match after heat 13 though as the reliable duo of Schlein and King sealed victory with a 5-1 to cap an impressive performance. Greaves recorded an excellent win in heat 14 and it could have been more but for Newman suffering mechanical issues early in the race. Mark Riss failed to make the two minutes in heat 15 with Greaves getting his chance to shine again in the final heat. King finished the night off in style with a win in a shared heat giving the Witches an impressive 52-41 win and four league points.

Next Meeting: C2 14th September vs Sheffield (away)