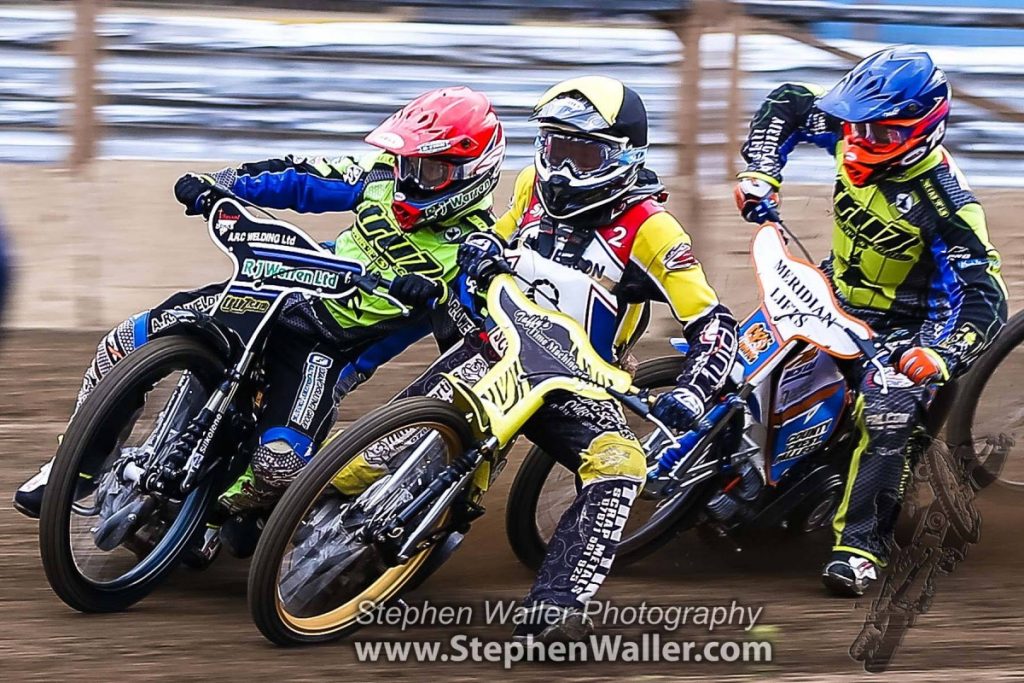 The ‘Tru7.com’ Witches continued their fine home form by thrashing lowly Scunthorpe 60-32 at Foxhall on Thursday in the Championship.

The Suffolk side have been dominant on home shale all season, boasting a 100% record and it was no different against the Scorpions as the Witches were on top from the off and never looked back. Ipswich recorded heat advantages throughout as the visitors had no reply, with Danny King (14+1), Cameron Heeps (13+2) and Rory Schlein (11+1) all recording paid maximums on the night.

As is customary nowadays at Foxhall, King kicked off with a win in heat one as Kyle Newman picked up third for an instant 4-2. Scorpions reserve Josh Bailey got what turned out to be the only heat win for the visitors in heat two as the points were shared. Justin Sedgmen was quickest from the tapes in heat three as Heeps worked his way through the traffic on the opening lap to join him at the front by the second lap for the first 5-1 of the night. It looked like being consecutive maximums for the home side as Schlein led with Connor Mountain second but Michael Palm Toft rounded the Witches reserve on the second lap to split the home pair, meaning a 4-2 to the Witches to give them a 16-8 lead.

Heat five was called back after Lewis Kerr touched the tapes with his helmet and was warned. Heeps won the re-run as Sedgmen suffered mechanical issues whilst in third and retired, resulting in a 3-3. The home side were on a 5-1 in heat six but Palm Toft clipped the back of Newman’s bike whilst hunting down the home rider and fell, meaning he was excluded from the restaging. Newman and King made no mistake and eased to a maximum at the second attempt. Schlein was warned in heat seven to keep still at the start but he won the re-run comfortably in a shared heat. Newman won heat eight as the points were once again shared, leaving the Witches 30-18 up.

Heeps and Sedgmen hit another 5-1 in heat nine as the away side were almost dead and buried. Newman made the gate in heat 10 but Josh Auty hit the front coming out of the second turn. However, the home skipper King was in no mood to be beaten and passed Auty on the third lap to win, meaning another heat advantage on the night. The away side sent out Tero Aarnio on a tactical ride in heat 11 but he could not stop Schlein from winning as Kerr retired with bike problems. Robert Branford fell whilst in third but remounted and finished the race meaning a 4-4. Heeps was a winner again in heat 12 as Auty passed Mountain for second but with Carl Wilkinson a faller whilst at the back it was another 4-2, with the meeting won as the Witches led 47-27.

King and Schlein hit another maximum in heat 13 despite the Australian suffering a puncture on the final lap. Sedgmen rounded his compatriot Ryan Douglas on the opening lap of heat 14 to take the three points in a shared heat. The Witches finished in style as King and Heeps completed their paid maximums with a 5-1, giving the home side a resounding 60-32 win.

Next Meeting: C2 8th July vs Berwick (away)