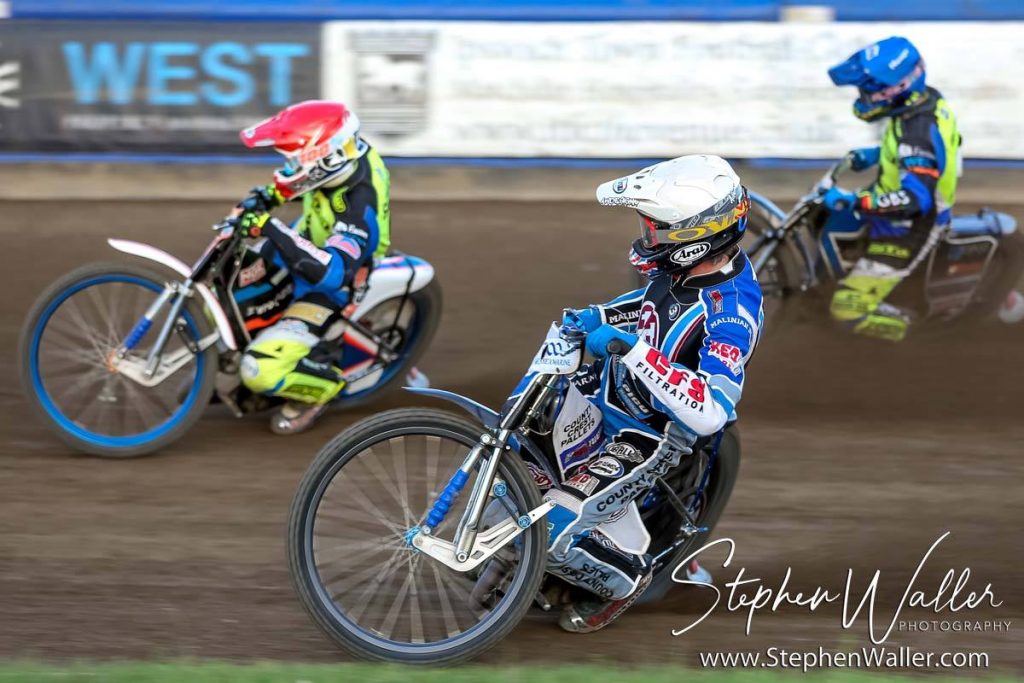 The ‘Tru Plant’ Witches suffered a 52-37 defeat at Lakeside on Friday night in the Championship.

The hosts started strongly and never looked back and they were in total control of the meeting as they went top of the table. Notoriously a tough track to go to for visiting sides the Witches must now put this result to one side and focus on another tough away meeting at Peterborough on Sunday. Guest Scott Nicholls top scored for the away side with 13.

Rory Schlein got the visitors off to a good start by winning heat one but Cameron Heeps couldn’t stay in second as he was passed by both Hammers riders and the points were shared. The home side went ahead in heat two as Alfie Bowtell and Ben Morley hit the first 5-1 of the evening. The hosts doubled their lead in heat three as Adam Ellis and Kyle Newman recorded another maximum. Nicholls stemmed the tide in heat four with a win in a 3-3 that left the Hammers 16-8 up.

Ellis won again in heat five but with Schlein and Heeps in the points the home side were prevented from stretching their lead. Richard Lawson won heat six fending off Nicholls in a close heat with Zach Wajtknecht picking up third for a Hammers 4-2. Sadly it was one way traffic early on and Lakeside picked up another 5-1 in heat seven thanks to Nick Morris and Morley. Heeps won heat eight for the Witches with partner Coty Garcia third for a first heat advantage to the away side that left them 30-18 down.

Schlein came in as a tactical substitute for the Witches in heat nine as Nicholls won and the Australian continued his exploits from Thursday night by passing Newman on the final turn to snatch third for another 4-2 to the away side. Heat 10 was stopped as Lawson fell on the third turn of the opening lap and he was excluded from the re-run. The re-run was then called back as Mark Riss touched the tapes and was also excluded from the heat and was replaced by Garcia. Garcia led for the away side but was passed by Wajtknecht on the final bend resulting in a 3-3. Morris and Schlein enjoyed a good tussle in heat 11 with the home rider coming out on top on the final lap after the pair had exchanged moves at the front with Morley third for a 4-2 to the home team. Heat 12 was awarded after Bowtell fell and couldn’t clear the track in time and with David Wallinger having fallen earlier in the race it was a 3-2 to the Hammers that put them 42-29 up.

Morris won a shared heat 13 that confirmed the home side’s victory on the night. Garcia was then excluded from heat 14 after touching the tapes and went from 15 metres in the re-run. The home side coasted to a 5-1 thanks to Morley and Newman. Nicholls finished with a win in heat 15 with Schlein third for a 4-2 to the visitors that made the final score 52-37 to the hosts.

Guest Nicholls was once again superb for the Witches and dropped just two points from five rides.

A home win was never really in doubt on the night but the away side were hanging in there to try and get a point being just ten points down after heat nine. After Lawson was excluded from heat 10 it was an opportunity for the Witches to take advantage but Riss hit the tapes and his replacement Garcia couldn’t hold on for the win, meaning the visitors couldn’t land a blow.

The Witches are next in action at Peterborough on Sunday 5th August in the Championship.