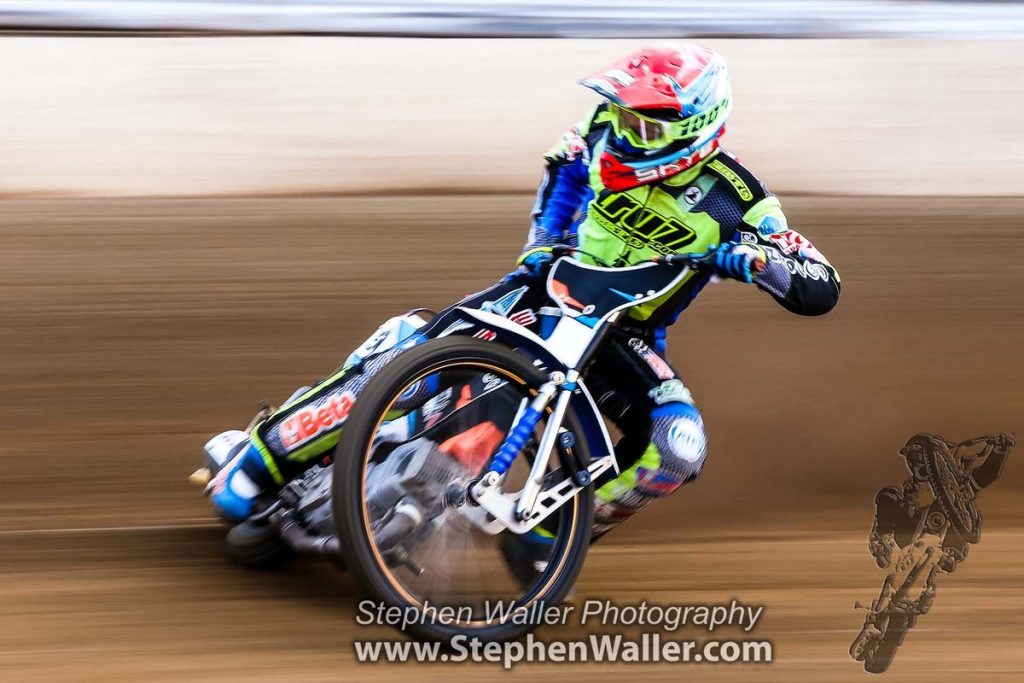 The ‘Tru7.com’ Witches fell to a narrow 46-44 defeat at Newcastle on Sunday, meaning they collected a Championship point.

The Witches kept it tight early on before racing into an eight point lead after seven heats. The home side pulled a couple of points back but the away side were holding their nerve until Danny King fell whilst leading in heat 11. That incident swung the momentum and the home side went ahead following heat 14 and sealed the win with a 3-3 in heat 15. Rory Schlein top scored with 12+1.

Kyle Newman was quickest from the tapes in heat one but the Diamonds’ number one Robert Lambert passed the Witches man on the second lap to take the win with Ashley Morris third for a heat one 4-2. Newcastle debutant Alfie Bowtell made the gate in heat two but made an error and went to the back on the second lap allowing Nathan Greaves through to win as Ben Hopwood took Connor Mountain for second on the third lap but a Witches 4-2 levelled the score. Rory Schlein won heat three in the first shared heat of the evening. Steve Worrall won heat four ahead of Mountain and Justin Sedgmen in another shared heat to leave the scores all square at 12-12.

Lewis Rose went through the tapes in heat five and went off 15 metres in the re-run. It proved to be a fruitful re-run for the Witches with King winning, as Newman and Ludvig Lindgren had a terrific battle for second with the Witches rider claiming second for a big 5-1 to the away side. Lambert made it two wins in two with a win in heat six but Sedgmen and Greaves filled the minor placings for a 3-3. Schlein continued his 100% record in heat seven with a win and he was joined by teammate Cameron Heeps for a second 5-1 of the night to extend the lead further. Morris won heat eight but Newman and Mountain ensured there was to be no advantage to the home side, meaning the Witches had a 28-20 lead.

The home side responded in heat nine as Rose and Lindgren eased to a 5-1 reducing the away side’s lead to just four. Schlein’s impeccable night continued as he defeated Lambert for the win in heat 10 and Heeps got himself into third on the final lap for a 4-2 to the Witches. King looked to be heading for a win in heat 11 but fell on the second lap and was excluded. Worrall took advantage in the re-run with a win ahead of Newman for a 4-2 to the Diamonds. Rose fended off Schlein for a win in heat 12 as the points were shared, leaving the Witches 38-34 up with three to race.

King could not take his place in heat 13 after his crash and was replaced by Mountain as the Diamonds picked up a comfortable 5-1 to level the scores. There was drama in heat 14 as Heeps was a faller on the second lap and he was excluded from the re-run. Lindgren passed Greaves in the re-run to take the win and put the Diamonds ahead. Lambert won heat 15 ahead of Newman as Worrall tried everything to pass Newman for second but ended up getting passed by Schlein on the line for third, meaning a 3-3 to give the home side a 46-44 victory.