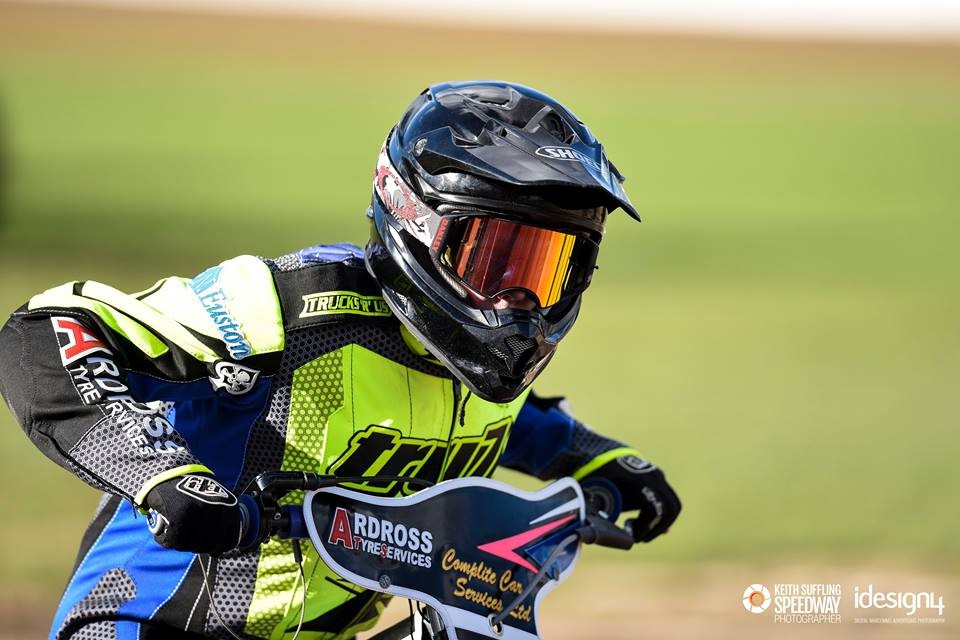 The ‘Tru7.com’ Witches fell to a narrow defeat at local rivals Peterborough on Easter Monday, taking a point back to Suffolk with them after a 46-44 defeat.

It was tight throughout the meeting as the Panthers established a narrow lead early on that they managed to hold on to despite the Witches putting on more and more pressure as the meeting drew to a close. Cameron Heeps was in fine form scoring 11 from four rides as Rory Schlein also clocked up 11.

Danny King tried to get across Jack Holder in the first turn of heat one but the Australian took him out wide to lead and did not look back as partner Simon Lambert finished third for a 4-2 to the home side. Bradley Wilson-Dean continued his good from on from Foxhall with a win in heat two as Danyon Hume and Connor Mountain were both in the points for a 3-3. Lasse Bjerre jumped the start in heat three as all four were called back for a re-run. The Panthers pair of Bjerre and Ulrich Ostergaard led going down the back straight of the first lap but Heeps had other ideas, winding it on around the outside and swooping round the pair to lead and take the win in another shared heat. The Witches levelled the score in heat four as Schlein held off Bjerre for the win with Mountain in third for a 4-2 leaving the score 12-12.

James Sarjeant made the gate in heat five but was passed by both Ostergaard and Bjerre on the third and fourth turn of the opening lap and was later passed by teammate King as the home side hit their only 5-1 of the night. Schlein looked to have won heat six but his compatriot Holder had other ideas and dived up the inside of the Witches man on the first bend of the final lap to take the win with Lambert in third for a 4-2. The Witches hit back in heat seven as Heeps and Nico Covatti cruised to a 5-1 to reduce the deficit to just two points. Sarjeant jumped the start in heat eight as all four were called back once again. It looked like being a 5-1 to the Panthers in the re-run with Wilson-Dean out front and Lambert in second but Mountain didn’t give up and found a gap to pass Lambert on the inside of turn one of the final lap to split the Panthers pair making it 26-22 to the home side.

Schlein made the gate in heat nine but was passed round the outside on the fourth bend by Bjerre on the first lap, however Schlein had other ideas and dived back up the inside going into turn one of the second lap and didn’t look back as the points were shared. Holder was a winner again in heat ten as Heeps and Covatti packed the minor placings to keep things tight. Mountain came in for Sarjeant in heat 11 as King rounded Lambert on the third and fourth turn to go on and win but Mountain, despite his best efforts, couldn’t get into third. Bjerre and Wilson-Dean led in heat 12 but Covatti produced a stunning swoop to go round the pair of them on the third and fourth turn once again that resulted in another 3-3 leaving things finely poised at 38-34 to the Panthers.

King and Holder had a cracking battle in heat 13 with the Witches man coming out on top and with Schlein in third it was a 4-2 to the Witches to narrow the gap to just two points with two to race. Heat 14 was stopped after an unsatisfactory start but there was no stopping Heeps on the day as he won heat 14 as Mountain did everything to pass the Panthers pair who managed to keep him at the back for a 3-3 to take it to a last heat decider. It was a fantastic battle in heat 15 as Holder and Schlein traded blows but the Panthers man managed to fend off Schlein to take the win with King third for a 3-3. That gave the Panthers a 46-44 win on the day with the Witches taking a point from the meeting.

Next Meeting: C1 20th April vs Redcar (away)