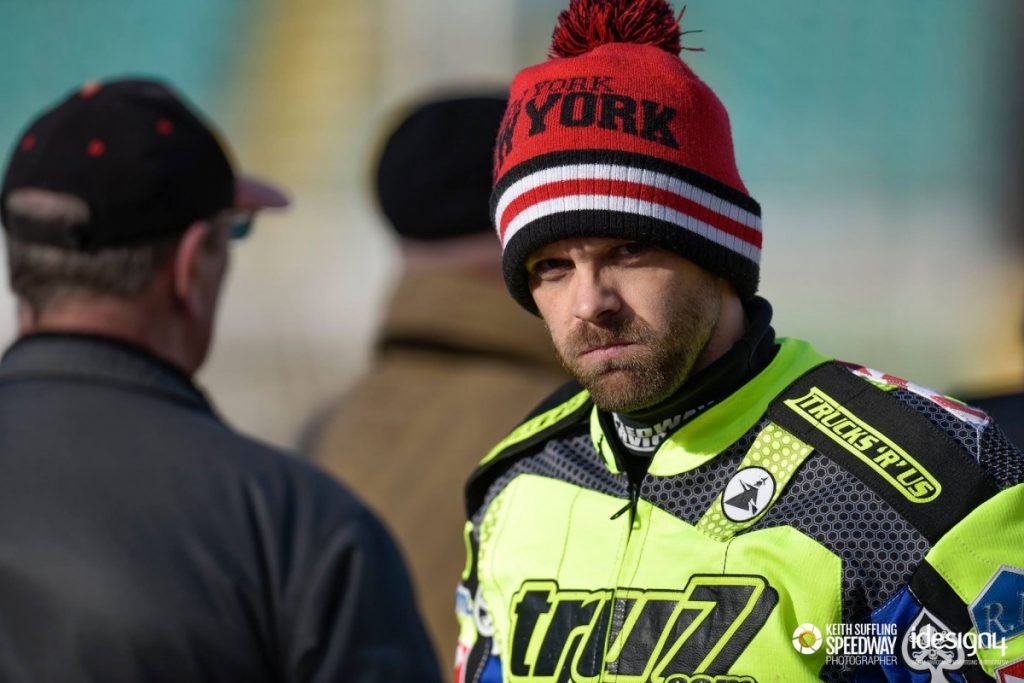 The ‘Tru7.com’ Witches endured a disappointing defeat at Redcar on Thursday evening going down 54-35 in the Championship.

The Witches kept things tight throughout the meeting trailing by just six points for the majority of the meeting before losing Nico Covatti to an arm injury and conceding three 5-1’s in the final three heats. Rory Schlein top scored with 10.

Things started superbly for the Witches in heat 1 as James Sarjeant and Danny King were quickest out of the gate and recorded a 5-1. Heat two had to be stopped with the home side on a 5-1 as Danyon Hume fell going into the second lap. The second attempt was called back after Connor Mountain jumped the start but the Bears made no mistake at the third attempt and hit back with a 5-1 of their own. The run of 5-1’s continued in heat three and it was another for the home side as Covatti tried everything to split the home pair but to no avail. It looked like another 5-1 was on the cards in heat four as Schlein and Hume led early on but Hume couldn’t hold onto second and was passed by both Bears as the Witches were forced to settle for a 3-3 leaving the home side 14-10 up.

Heat five was awarded as Sarjeant fell whilst at the back and with Charles Wright leading King at the time of the stoppage it was a 4-2 to the home side. It was another heat advantage to the Bears in heat six as Jason Garrity beat Schlein with Coty Garcia in third. The Witches pulled two points back in heat seven as Covatti won ahead of Ben Barker and Cameron Heeps took advantage of an error by Richard Hall to get into third for a 4-2. Garcia was a winner in heat 8 but Hume and Sarjeant were both in the points for a 3-3 to make the score 27-21 to the Bears.

Schlein got his second heat win of the night in heat nine in another 3-3 before Covatti did the same in heat 10 as the points were shared again. Barker won heat 11 ahead of King with Sarjeant in third for another 3-3 to keeps things tight going into the final four heats. Wright won another awarded heat in heat 12 after Covatti fell heavily on the third turn after clipping the back wheel of Hume. Hume was excluded for the incident with Ellis Perks not under power at the time of the incident a 3-2 was awarded to the Bears making it 39-32 to the home side. Covatti was attended to for some time by the medics before getting to his feet and being taken away in an ambulance with an arm injury.

The tie was sealed in heat 13 as Garrity and Barker raced to a maximum and the night got worse in heat 14 as Heeps fell whilst chasing Jonas B Andersen and fell with a 5-1 being awarded to the home side. A tough night finished with another 5-1 to the home side making the final score 54-35 to the Bears.