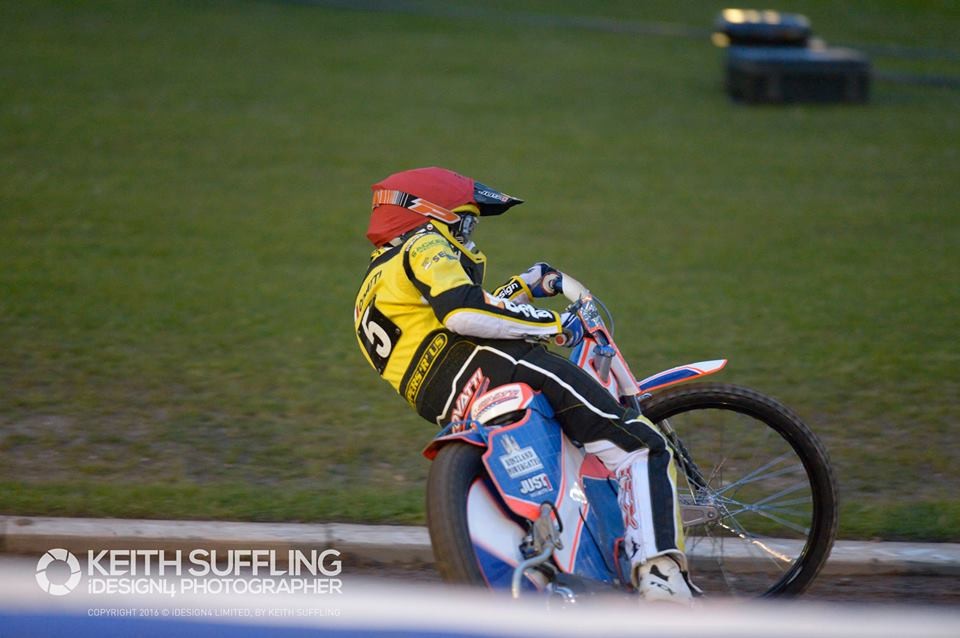 The ‘Tru7.com’ Witches visit bottom of the table Scunthorpe Scorpions on Sunday evening as they look to build on the win at Plymouth last week (6.30pm).

The Witches recorded their first away win of the season last time out to give a much needed boost to the campaign and Sunday’s visit to Scunthorpe presents an opportunity to get more points on the board as they look to make a late play-off charge.

Since the victory at Plymouth the management have made a change to the side with local lad Joe Jacobs coming in for Paco Castagna and he will make his debut in Sunday’s meeting at the Eddie Wright Raceway.

The Scorpions have endured a tough campaign and current occupy bottom spot in the table with just one win to their name so far. There will be a familiar face in the Scorpions line-up as Lewis Kerr rides at two for the home side after starting the season with the Witches. Ryan Douglas rides at five who of course scored a maximum whilst guesting for the Witches against Redcar earlier in the season.

The two teams have already met once this season on Scunthorpe shale as the two sides raced to an entertaining 45-45 draw in the League Cup.

Team Manager Ritchie Hawkins wants his side to carry on the form that saw them win at Plymouth last time out.

“Plymouth can’t be a one off, the lads have put in good performances in the past and then not followed it up so we can’t afford any more slip ups,” said Hawkins. “If we ride like we did last week, we have to look to get the win. We have to make sure we carry that form on, there are no easy meetings. It doesn’t matter that they are bottom of the league, we have to make sure we are as fired up as last time.”

The boss says although the Witches have visited Scunthorpe already this season it won’t have much bearing having made three team changes since.

“Obviously we did well at the start of the season when we went there but we only have three of the riders left that rode that day! We have got quite a different team now and there can be no more slip ups. We need to win all our home meetings and get a couple of away wins and to get two on the bounce will mean we are starting to make progress.”

Hawkins is hoping Jacobs can hit the ground running and says former rider Kerr will be looking to prove a point against the Witches.

“We’ve brought Joe in because we believe he can score points. We don’t want to put too much pressure on him but he has been riding well and hopefully he can carry that on for us.

“Lewi was our star rider when we did go to Scunny and he will be looking to finish the season strongly and have a good night against us.”

Children (under 10): Free (if accompanied by an adult)