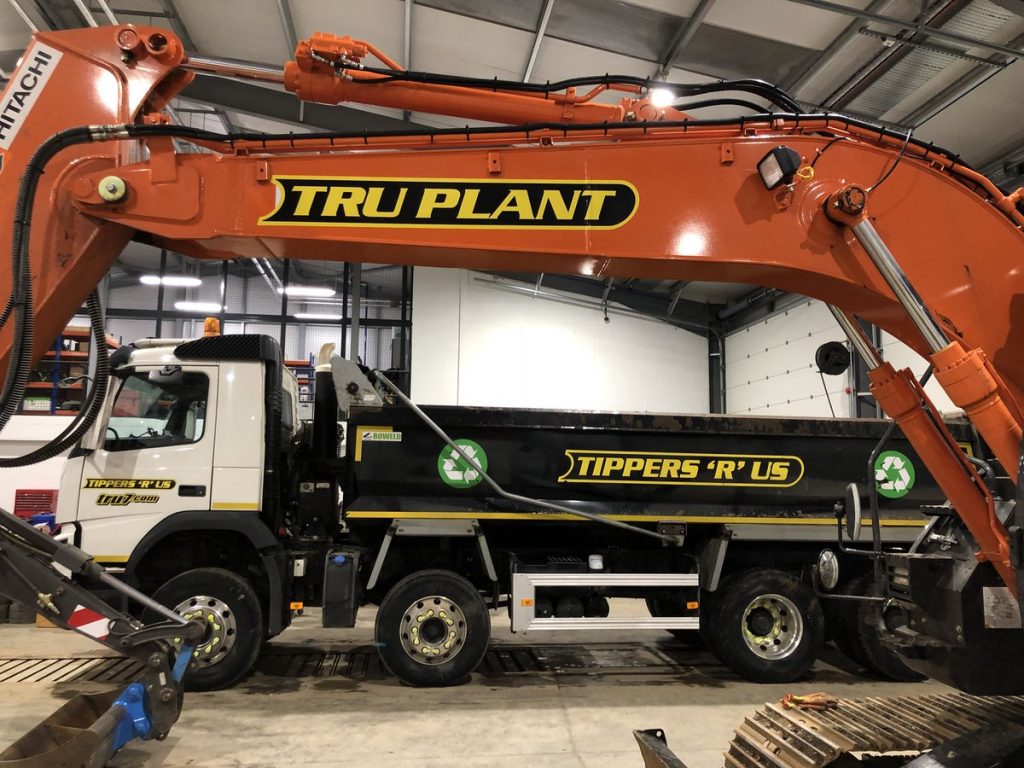 The club are delighted to continue their partnership with Guy Nicholls and Tru7.com in 2018 and will be known as the Ipswich ‘Tru Plant’  Witches this season.

Tru7.com have been title sponsors since 2016 and the Witches will showcase the new Tru Plant branch of the company in the new campaign. Nicholls explained a little more about the new section of the business.

“When we sold Fork Rent, we couldn’t compete with them for two and a half years and that is now up, so we cannot wait to get going again,” said Nicholls. “We are absolutely flat out with the truck rental, the tippers and aggregates. We are doing a muckaway service now with heavy dump trucks and heavy equipment, everything is busy I am pleased to say.

“Tru Plant is the rental of big diggers from one and a half tonnes to 50 tonnes in size and dumpers from one tonne to 40 tonnes and forklifts from 4-metre lifts to 20-metre lifts.”

Nicholls says that promoter Chris Louis deserves the support from local businesses as he continues to get new sponsors on board at Foxhall.

“Chris gets a hard time from a lot of people as they all think he is making a fortune from it but I know different! He puts his heart and soul into the club and he thoroughly deserves the help he gets. It was a very easy decision from our side to continue the sponsorship and I have also got one of my friends to come on board as a sponsor at West Property Management.

“They came as guests last year and loved it and then sponsored the last meeting. They had never seen it before and it was an easy decision for them to get involved.”

The Ipswich born businessman says that Tru7.com will continue to be involved with the club for the foreseeable future.

“I don’t see us going anywhere in a hurry, whilst we are in business we will be working with Chris. He gave his heart and soul as a rider and does the same as a promoter. It’s probably the same everywhere where people moan about the promoter and say ‘well why don’t you sign so and so and spend some money etc’ but it is not as simple as that. Speedway is a great sport that we all love but it does not generate a lot of money in this country.”

Nicholls is hoping that the crowds that flocked to Foxhall at the end of 2017 will be back again to cheer on the team in the upcoming year.

“What an atmosphere there was at those last few meetings last season, it transforms the place when there is 3,500-4,000 people there. My wife came to one of them and she is not a big speedway fan but even she loved it, it was brilliant to have that atmosphere and it would be lovely if it was like that every week like it used to be when I started going.”

Nicholls says he was proud of the team’s efforts last season and also revealed he will be sponsoring Witches asset Cameron Heeps as well as world champion Jason Doyle in 2018.

“Behind the scenes I put a bonus up for the team but we didn’t say anything to the riders this time like the previous year. They came up short but it certainly wasn’t for a lack of effort, they were unlucky with injuries throughout the year. It’s basically the same side this year and we are sponsoring Cameron Heeps. We’ve bought him a new engine and a second one should be turning up soon.

“We are doing a little bit with Danny (King) and Rory (Schlein) again this year and we are also sponsoring the world champion Jason Doyle this year. I can’t help myself with it really, I just love my speedway. I just wish the sport was bigger here so people would spend more money on it.”

Nicholls, a lifelong Witches fan, is hoping that 2018 can be the year that the team bring some trophies back to Suffolk.

“It’s about time Chris had a bit of luck. I remember the glory days in the late 70’s and early 80’s when they were on top and then again in the late 90’s with Tony Rickardsson and Tomasz Gollob riding. Chris was in the team then too and they won everything that year in 98. It’s a shame they have been so close two years running, it has got to happen this year! It’s the law of averages but we know it doesn’t work like that!”