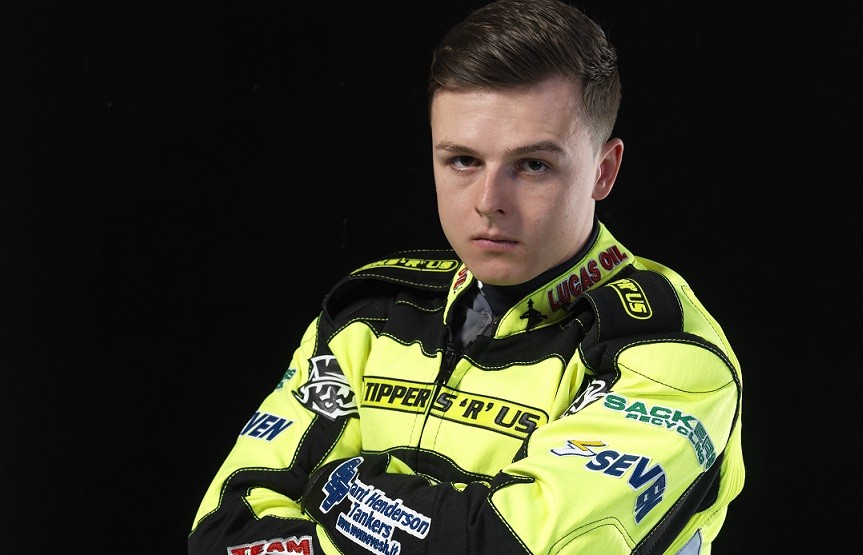 The Ipswich ‘Tru7.com’ Witches put in an impressive performance on Saturday beating the Sheffield Tigers 51-39 in the League Cup, the Tigers’ first defeat of the 2016 season.

The Tigers had already booked their place in the next round of the competition but the Witches were keen to win in front of the home faithful and continue their preparations for the Premier League campaign. The Witches started the meeting strongly but were pegged back by the Tigers before a strong second half to the meeting ensured a win for the home side led by Nico Covatti who scored 13.

It was the perfect start in heat one as James Sarjeant and Danny King recorded a maximum before Paco Castagna recorded his first win in Witches kevlars in heat two with Darryl Ritchings picking up third. Heat three had to be re-run after Lewis Kerr got into trouble on the third bend with the Tigers on a 5-1. Josh Bates and Kyle Howarth made the start again in the re-run but Morten Risager worked his way into second to prevent a 5-1 for the Tigers. The away side pegged a couple more points back when Jason Garrity beat Covatti to the chequered flag leaving the score 13-11 to the Witches.

It was all level after heat five as Simon Stead won from the gate with Dimitri Berge in third for the Tigers. It was disaster for captain King who went through the tapes in heat six, meaning he would go off 15 metres in the re-run. Sarjeant made the gate in the re-run but was passed by Garrity on lap three with Richard Hall keeping King at the back to edge the away side ahead. Things looked like they would get worse for the Witches when Bates and Howarth gated on a 5-1 but Covatti managed to pick both of them off for the win. The scores were level again after heat eight as the impressive Sarjeant won again with Ritchings in third as the race was awarded after Nathan Greaves fell at the back. With seven heats to go it was all square at 24-24.

Kerr found his form in heat nine with a convincing win with partner Risager in third edging the Witches ahead in the tie. It was from here that the Witches kicked on with Sarjeant and King recording a 5-1 in heat 10 before Covatti won the following heat with Castagna claiming third which extended the advantage for the Witches to eight points. Howarth held off Kerr in heat 12 for a shared heat which left the Witches 40-32 up with three heats to go.

Stead was unbeatable in heat 13 in another shared heat before the win was sealed in the penultimate heat as Risager won in convincing fashion with Castagna holding off Bates for a 5-1. Sarjeant went off 15 metres in heat 15 after going through the tapes but Covatti won the re-run with the quickest time of the night to make the final score 51-39 to the Witches.

Team Manager Ritchie Hawkins was pleased with how all of the side contributed to the victory and says there is still more to come from the team.

“I think a lot of the boys stepped up on the night,” said Hawkins. “Maybe Danny didn’t have such a good night and Lewi struggled in his first two but all of the other boys pulled together and had a better performance.

“I think everything has gone to plan in one sense because we knew that we had a lot of new boys that needed to settle in and learn the Ipswich track and get their confidence up. I don’t think all of them are firing 100% and are as good as they can be but they are improving and if they carry that on in the next few months then the plan is to be firing fully for the play-offs. Obviously we need to get the points in the league before that to put us in a strong position.”

“James is getting better in every meeting, his form is improving for Coventry too and he is gaining more confidence. I’d like James to be pushing for a heat leader average this season, that’s the stage of his career he needs to be at and he’s starting to show a little bit of that form and we need to keep him going as well.”

After a tough start to the season the boss also had praise for Paco Castagna’s performance but says the Italian must use the performance as a platform to build on.

“Paco had a real good night; one meeting does not make your season so he has now got to take confidence from that, keep his head up and build on it again next week and not settle for just that.”