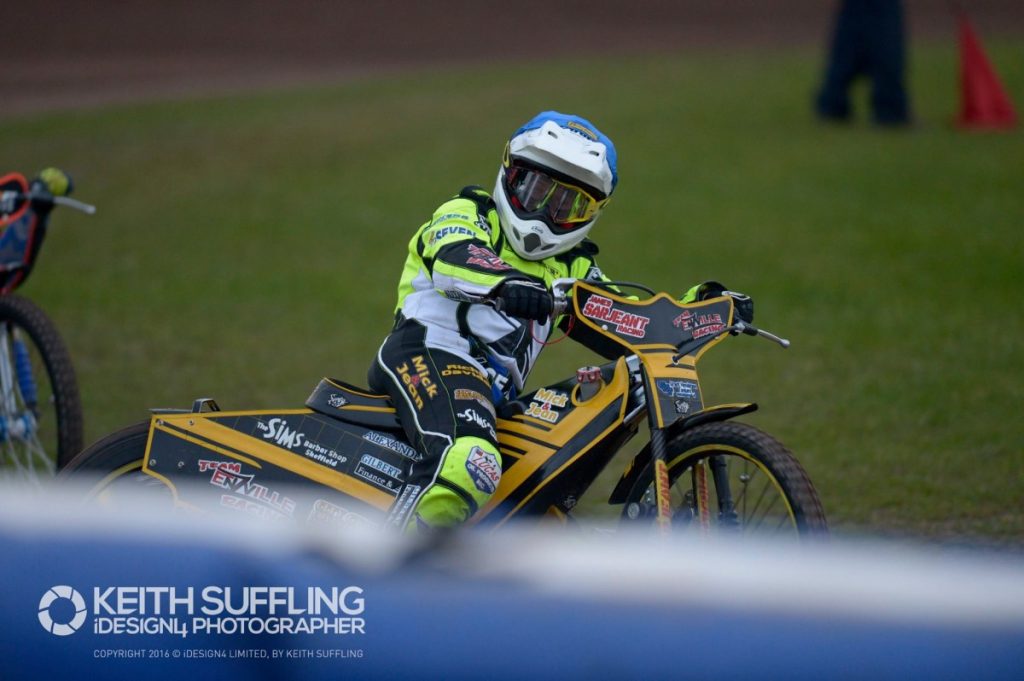 The ‘Tru7.com’ Witches recorded their first away win of the season beating the Plymouth Devils 48-42 on Friday evening.

It was nip and tuck throughout the meeting with the Witches keeping within striking distance of the Devils and the away side pounced in the last two heats to take the victory. Ben Barker was the top Witch with 11+1.

Things looked to be starting badly as Danny King went through the tapes and had to go off 15 metres. However, James Sarjeant gated and took the win to ensure the Devils could not take advantage. The home side did go ahead in heat two though as Stefan Nielsen won with partner Ellis Perks passing Ollie Greenwood to join Nielsen for a 5-1. Todd Kurtz won heat three ahead of Morten Risager and Nico Covatti before Barker won heat four for another 3-3 which left the Devils 14-10 up.

The Witches narrowed the lead to just two after heat five though as Sarjeant won again with King passing Sam Simota in third on the second lap for a 4-2. Barker came out in heat six and took the chequered flag in another 3-3 before the Witches took the lead in heat seven. Risager and Covatti gated and stayed there for a 5-1 to edge ahead in the meeting. It was all level again after heat eight though as Todd Kurtz beat Sarjeant to the finish line with Nielsen third for a 4-2, leaving it 24-24.

Barker continued his impeccable form in heat nine as he went past the Devils duo to take another win in a shared heat. The Devils looked to be heading to a 5-1 in heat 10 but Covatti fell on the second bend and was excluded from the re-run. Risager was warned for moving at the start in the re-run before Brady Kurtz won at the third attempt with Risager coming out on top of an excellent battle with Simota snatching second on the line to prevent a 5-1. King had the lead in heat 11 but Sarjeant fell at the back on bend three of the second lap and was excluded. However, the skipper produced a sensational ride in the re-run as the Devils pair gated but King flew by both of them within two laps to take the win. Covatti found a way past both the Devils on the third lap of heat 12 to take the win and leave the scores finely poised with the Devils leading 37-35.

Heat 13 was action packed as King took the win ahead of Jack Holder but Barker was pipped to third on the line for third in another shared heat. The Witches took the lead in heat 14 after Risager and Todd Kurtz went wheel to wheel down the back straight on the first lap with the home rider falling and being excluded from the re-run. Risager gated in the re-run and Greenwood capitalised on an error from Nielsen to join the Dane for a 5-1, a result that left the Witches 43-41 up with one heat to go.

The Witches won the meeting in emphatic style hitting another maximum as King and Barker raced home to record a 48-42 win for the away side, their first away win of the season.

Team Manager Ritchie Hawkins was understandably delighted with the result and the battling qualities shown to get the win.

“We made things hard for ourselves at the start of the meeting but we stuck in there and it was good to get the win and I’m really happy,” said Hawkins. “We made a few mistakes still but we battled hard to make up for that and get the win. There were some good heats and it was an awesome effort from the boys.”

“Sarj (James Sarjeant) did really well tonight; it was his best performance away from home this season and Danny and Ben showed their class in heat 15 too.”

With away points now on the board the boss wants his side to carry that form into the next meeting at Scunthorpe.

“The win will give everyone a confidence boost and we need to carry that on into Scunthorpe next Sunday and get another victory under our belts.”

Next Meeting: PL 3rd July vs Scunthorpe (away)