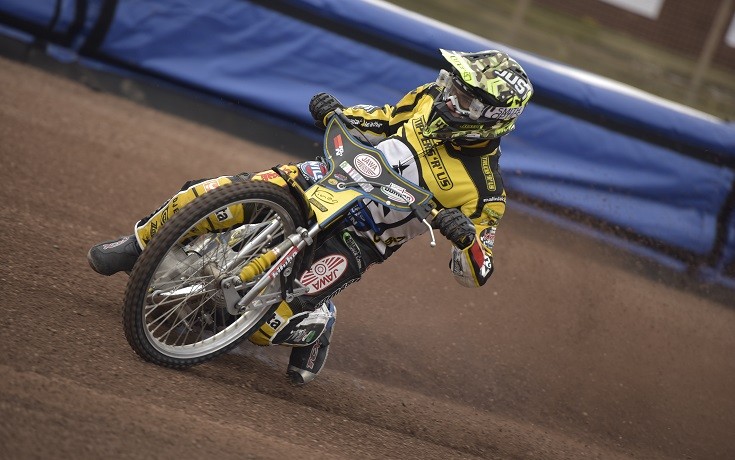 The Ipswich ‘Tru7.com’ Witches travel to Sheffield to take on the Tigers on Thursday evening in the League Cup (7.45pm).

The Witches will once again be at full strength in Yorkshire and will be in confident mood after recording their first win of the new campaign against Peterborough last time out. The fixture is a ‘must not lose’ situation for Ritchie Hawkins’ side if they are to have any chance of progressing further in the competition. Paco Castagna will be returning to the side he made the winter switch from for the first time since the move.

The last time the two sides met at Owlerton was back in April last season where the home side ran out 50-43 winners.

Hawkins knows that the Witches must show further improvement if they are to get a result on Thursday  and is aware of what the team need to do.

“Hopefully the boys can build on Thursday, it was a lot better performance,” said Hawkins. “I still think there is improvement in all seven of them but it was a big improvement to what we have been showing and we are going to have to improve again on Thursday.

“Sheffield have got to win to guarantee that they are going through and obviously we need to stop that from happening to keep in the competition. It will be interesting to see how we go there at another track and see how we get on.”

The boss has no fears that the Witches reserves Darryl Ritchings and Paco Castagna will find their form soon after a tough start to the season.

“Ipswich is quite a technical track, it’s a bit unique in its own respect and its going to take them both time to learn as they’ve never rode there before. Darryl had never seen the place and they are going to take longer than anyone to settle down and that was only their second meeting at Foxhall. The effort is there and I’m sure it will click for them.”

The Witches have some former Tigers up their sleeve and Hawkins is hoping they prove to be a trump card against a strong Sheffield side tipped by many for silverware in 2016.

“They’ve got a decent team on paper but it’s a long season and it is hard to judge what is going to happen with injuries playing their part too.”