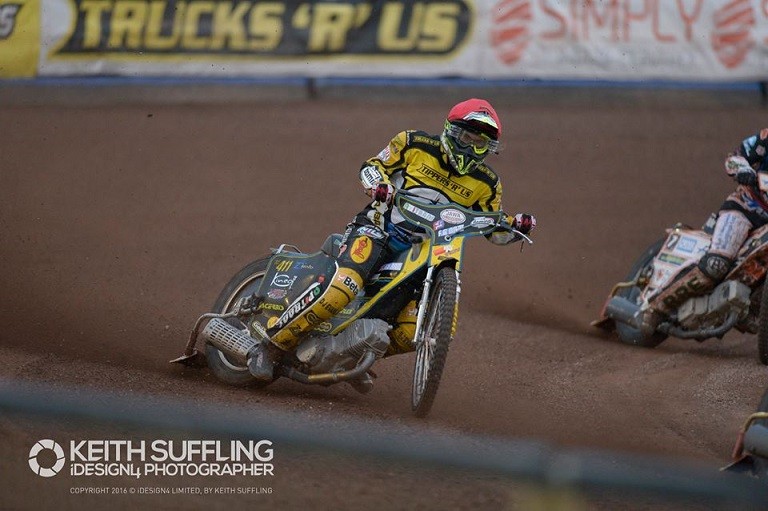 The ‘Tru7.com’ Witches take on the reigning champions the Edinburgh Monarchs on Thursday (7.30pm) at Foxhall as they look to kick-start their Premier League campaign.

It’s been an underwhelming start to the new campaign for the Witches as they crashed out of both the League Cup and Knockout Cup at the first hurdle and are yet to get a point on the board in the Premier League.

With the Premier League in its early stages though the Witches will be eyeing a play-off spot at the end of the season and with the league now the sole focus a win on Thursday will be the first step towards that goal.

The disappointing start to the campaign has forced the management into a team change with Ollie Greenwood replacing Darryl Ritchings at number seven. There will also be a change in riding order with Lewis Kerr moving to number two, James Sarjeant to number four and Morten Risager to three.

The Monarchs have been forced into some changes over the winter due to averages and talisman Craig Cook wanting to focus his attentions on a future Grand Prix spot. The champions are led by Sam Masters who appeared in last year’s Australian Grand Prix as a wildcard but they will be without Erik Riss who was injured in Abensberg. Rider Replacement will be in operation at number two.

Edinburgh have ridden just two Premier League meetings with one win at home and a defeat away from home. The Witches were resounding winners at Foxhall when the sides last met in 2015 beating the Monarchs 52-38 in the League Cup semi-final.

Team Manager Ritchie Hawkins is hoping a fresh face in the pits will give the team the lift they need and is hoping Greenwood grabs his opportunity.

“Having a new team member will hopefully give everyone a bit of a shake up,” said Hawkins. “Ollie has got a bit of Premier League experience already and he has scored points in the Premier League so I’m looking forward to giving him the opportunity. He will get all the support he needs and it’s down to him to grab it.”

Hawkins says the team are under pressure to perform but ruled out wholesale changes in the near future, keeping the faith with his top five.

“When the team are not performing you know that changes could be made but we’re not playing Championship Manager here, it’s not a computer game. You can’t go signing riders willy-nilly, it’s not that simple. With that top five that we’ve got its hard to see how you can make that stronger.”

Thursday will see the first meeting with the new riding order in place and although the boss thinks he got it right at the start of the season he believes a change could do the team some good.

“I think it’s a case that positions three and four are very similar there’s not much difference between them. However,  like I said to Chris (Louis), I do think we got it right at the start of the season when I told him the order. You can’t be scared to try things though and if you try something maybe it will work, so I’ve said to Chris let’s try this and go for it. If it doesn’t work, well it’s not been working anyway truth be told, so hopefully it will give us a boost and it would be nice to see us go and get a 5-1 in heat one and set us up for the night.”

Despite a few changes to their title winning side Hawkins still believes the Monarchs have a strong side led by good friend Sam Masters.

“They’re trying a couple of new faces out, they have won the league the past two years and when you’ve had that much success you’ve got to rebuild at some point. They are rebuilding a little bit but they’re still a strong side. They have one of my mates at number one in Sam who is a very good rider and he is an out and out number one so they are still strong.”