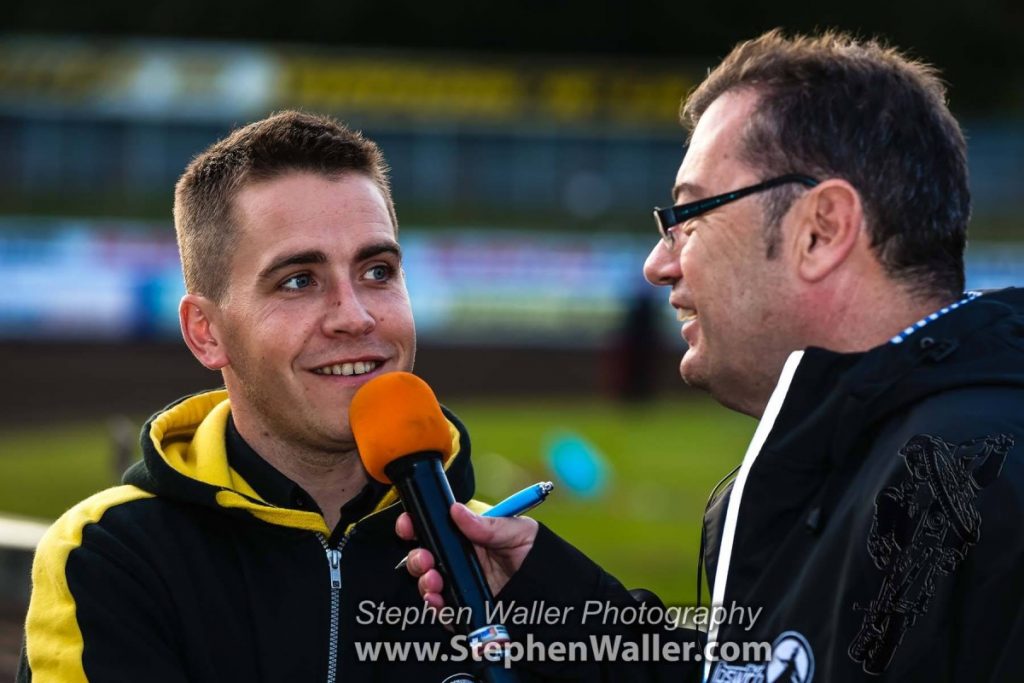 I have spent a lot of time at home with the boy and working this winter. The team was sorted really quickly so it was nice to have a break from speedway but I am itching to get back into it now and seeing how the side goes. You do enjoy the break, especially as last season was so draining with all the injury problems and the disappointment at the end of the season. We needed a break from it. I know I am the manager but I have a very close relationship with all the riders on a personal level and it wasn’t nice to see everybody getting injured and it was hard work last year in lots of ways but also very fun.

The race nights are a positive thing and it had to be done, it should have been done a couple of years ago probably. I think if you are only riding in one league the fixture list is too sparse and you will struggle against those riders riding in both leagues as it puts you at a massive disadvantage. With someone like Danny (King), he has a nice steady fixture list riding in both leagues and on fixed race nights he can organise himself. Nico (Covatti), Michael (Härtel) and Connor (Mountain) are not doubling up but Nico has a lot of meetings abroad as does Michael. It would be nice to see Connor double up somewhere as he needs to be riding, he needs more than just our meetings. I know he would like to ride in the Premiership but I am surprised he has not got a National League side. Injuries inevitably happen so I am sure he will pick up some more meetings somewhere soon enough.

We were supposed to be in France now and the boys were all looking forward to seeing each other but the weather has scuppered our trip. It would have been good for them to get together and had two days of track time to get that bike going again ready for the new season. Having a sustained period of time together with Michael would have been good too instead of just dipping in and out of meetings or a press day where you are really busy. We would have had plenty of time going for dinner and whatever and we could have all got to know each other but I am sure he will fit in well. We are a good bunch of boys and everyone will welcome him and give him a lot of help.

The exits to the corners are being brought in at Foxhall and we have a lot of accidents coming out of the second turn where it tightens up a bit, so widening that will hopefully cure that and maybe chuck in another option with a bit more room. I know they have done extensive work on the drainage too. We don’t get a lot of rain-offs anyway but hopefully that will help in that respect to avoid rain-offs. I hear there will be a new sound system too which is much needed at the stadium for the supporters. Every winter Chris (Louis) puts a lot of effort in to improve all the time.

Hopefully the weather will be good so we can get some good practice in at Foxhall on press day but I can’t say I enjoy the photoshoots personally! Everyone enjoys the riding but I don’t know many riders who enjoy having their photo taken! There is always a good buzz at Ipswich on press day though and it is exciting times for the club. We need to keep pushing on from last year as there was so much progress made on and off the track.

Cam (Heeps) needs to push on this year too, he made huge progress last year and he needs to push on and grab a heat leader position and work his way up to have the consistency to push Rory (Schlein), Nico and Danny at the top of the team. We want all four of them fighting to be top dog really. After last year Cam deserves the sponsorship from Guy (Nicholls) and it is an opportunity for him and he needs to grab it with both hands and make the most of it.

When you return from injury like Nico and Danyon are doing, the problem is more the time off the bike rather than being worried about being injured again as that is part of the sport. I have a lot of experience in that and it was never the injury that affected me, it was the time off the bike and being confident and relaxed and knowing how everything is. They need to have a few meetings to settle down and I know they are super keen. I have spoken to both of them and they are both very happy and you can never be quite sure but I am pretty certain they will be fine.

We want to progress in the Championship Shield, so we cannot afford any slip-ups early on with only four meetings. I think we will be favourites to progress from the group and I expect us to win it but the first meeting of the year is always a potential banana skin. Hopefully we will have a big crowd and some nice weather and have plenty of people down at Lakeside in the evening as well to support us.