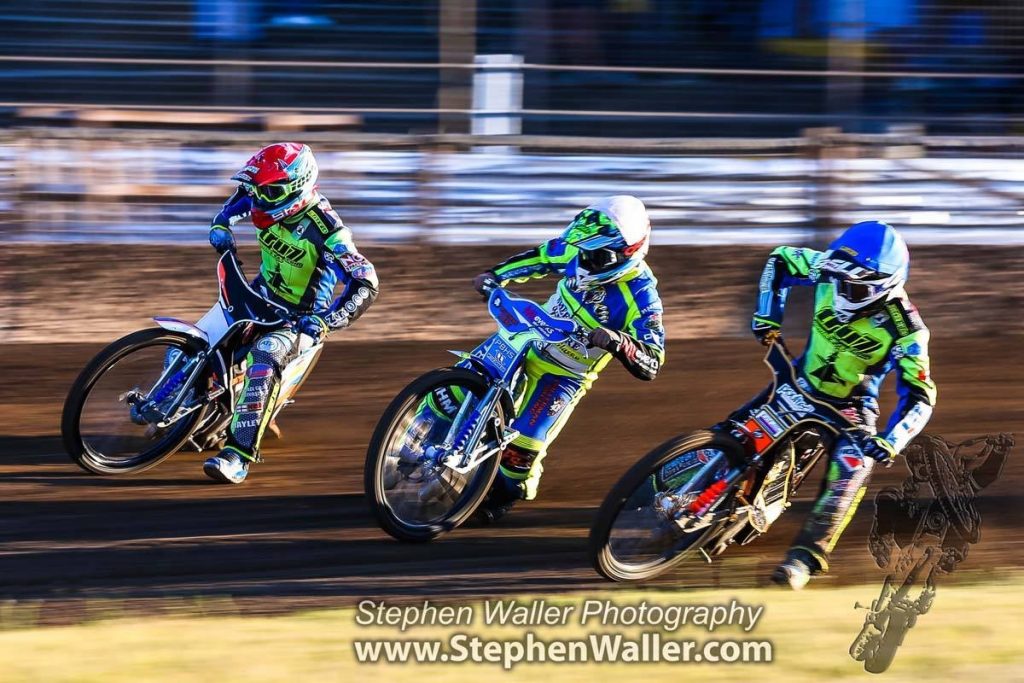 The ‘Tru7.com’ Witches recorded an important 52-38 win over Sheffield Tigers in the Championship on Thursday evening at Foxhall to go top of the table.

The home side started strongly and it looked like another comfortable home win was on the cards after the Witches built up an eight point lead after four heats. However, the away side found their form in the middle of the meeting and reduced the home side’s lead to just four points after heat nine. The Suffolk side found another gear in the final third of the meeting and dominated the final heats to run out comfortable winners. Danny King top scored with 13.

The skipper kicked things off with a win in heat one after rounding Todd Kurtz on the fourth turn of the first lap to take the lead with Kyle Newman picking up third for a 4-2. Reserve duo of Nathan Greaves and Connor Mountain continued their rich vein of form with a 5-1 in heat two to continue the home side’s strong start. Lasse Bjerre made matters worse for the away side early on as he hit the tapes and went from 15 metres in the re-run. Newman took the win in the re-run as Cameron Heeps claimed third for another heat advantage. Kyle Howarth did well to hold off Rory Schlein to take the three points in heat four as Greaves picked up third to ensure a 3-3 and leave the Witches in a strong position, 16-8 up.

The Tigers got their first heat advantage of the night in heat five as Josh Grajczonek beat fellow Australian Heeps and Kurtz picked up a point to claw back two points. Howarth impressed in heat six as he defeated King for the win in a shared heat. The away side had found their feet and Josh Bates was the next visiting rider to take the chequered flag ahead of Schlein but it was another 3-3. The Sheffield heat wins continued as Kurtz took heat eight ahead of Newman, who tried everything to pass him, as Josh Bailey claimed third for a 4-2 to reduce the home side’s lead to just four at 26-22.

Schlein jumped the start in heat nine as all four were called back. The re-run was also stopped as Nathan Stoneman fell heavily on the second turn and was seen to by the paramedics. The interval was called whilst medics treated the visiting reserve, and he took no further part in the meeting. Once the action resumed the wait for Witches heat win went on as Howarth made it three wins from three as the points were shared again. The wait was over in heat 10 as King took the win ahead of Bjerre and Bates was excluded as he tried a last ditch attempt to get past Newman for third on the final bend but clattered into the home man. Schlein got his first win of the night in heat 11 but it was another 3-3. Heeps won his first heat of the night in heat 12 in excellent fashion. Bjerre was the early leader but the Witches man swooped round the Dane at the end of the first lap to lead as Mountain did the same to get into third and give the home side a 4-2 heat advantage to make it 40-32 to the Suffolk side.

The home side sealed victory in heat 13 as King and Schlein once again produced the goods to roar to a 5-1. The Witches resurgence continued in heat 14 as Heeps won again and Greaves picked up third for a 4-2 that ended the visitors’ hopes of a point. There was a crash in heat 15 as Aussies Grajczonek and Schlein collided on the back straight with the visiting number one excluded. Howarth rounded off his impressive night with another win in the final heat, making the final score 52-38.