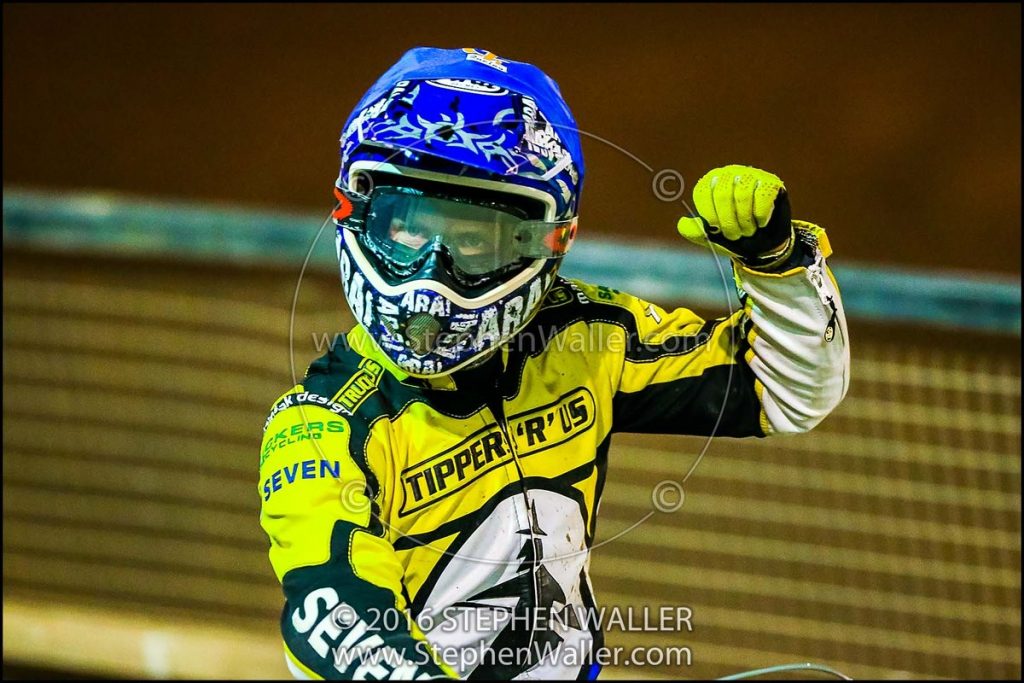 The ‘Tru7.com’ Witches take the long trip to Redcar on Friday to face the Bears in another crucial Premier League fixture (7.30pm).

The Witches sit just outside the play-off spots at present and are breathing down the necks of Peterborough and Sheffield who occupy the final two play-off spots up for grabs. The Witches’ form at Foxhall has been in no doubt but it is now imperative the Suffolk side show that form on the road as nothing less than a win will do for Ritchie Hawkins’ side.

The Witches will be without Nico Covatti for the meeting who is in action in the Italian Championship. Ipswich asset Kevin Doolan who rides for Berwick comes in for the Italian at number three.

The Bears have endured a tough season battling at the bottom end of the table and are out of the play-off picture with just pride to race for. Former Witch Lasse Bjerre rides at five for the Bears who are led by David Bellego. The Witches have a good record at Redcar losing just one of their last five meetings and they will need to be at their best again on Friday to take the win and perhaps push themselves into the play-off places should results go their way on the night.

Team Manager Ritchie Hawkins says all the pressure is on his side to deliver a result to keep their season alive.

“We need the win and the pressure is all on us, our season depends on a win tomorrow,” said Hawkins. “We need a four point win but to start with we’ve got to go there and just get the win and then hopefully it will be by as big a margin as possible.”

Hawkins says the loss of Covatti is a blow but insists it is not something to worry about going into the meeting.

“It’s possible to get the win and we’ve all got the form to do it at the moment. It’s a loss being without Nico but we need to cover that and there is no time to worry about it. We need a result whatever, so we can’t think about anything like that. We’ve got to go there and do our jobs.”