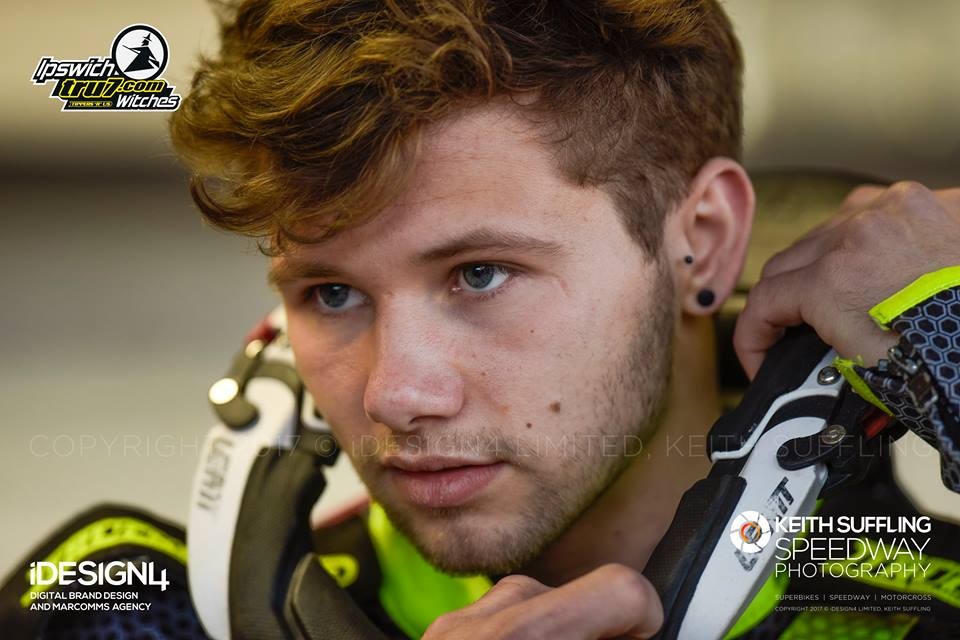 ‘Tru7.com’ Witches reserve Danyon Hume has suffered a broken arm in three places and has also dislocated his elbow after a crash at Wednesday’s British U21 Final at Poole.

The 20-year-old fell in his first ride after his engine seized up leaving the youngster helpless with Josh Bailey also involved in the heavy fall. Hume was attended to by medics on track before being taken to hospital by ambulance.

It was later confirmed that Hume had suffered a broken arm in three places whilst also dislocating his elbow. The youngster will have an operation on Thursday morning.

The injury is another setback for the Witches after losing Nico Covatti to a broken wrist last week at Redcar. Meanwhile, Kyle Newman has recovered from injury to make his debut on Thursday against Berwick with Cameron Heeps having also recovered from illness.

Peterborough’s Tom Bacon will guest at number seven in Thursday’s meeting and Sheffield’s Jack Parkinson-Blackburn will guest on Saturday at Berwick.