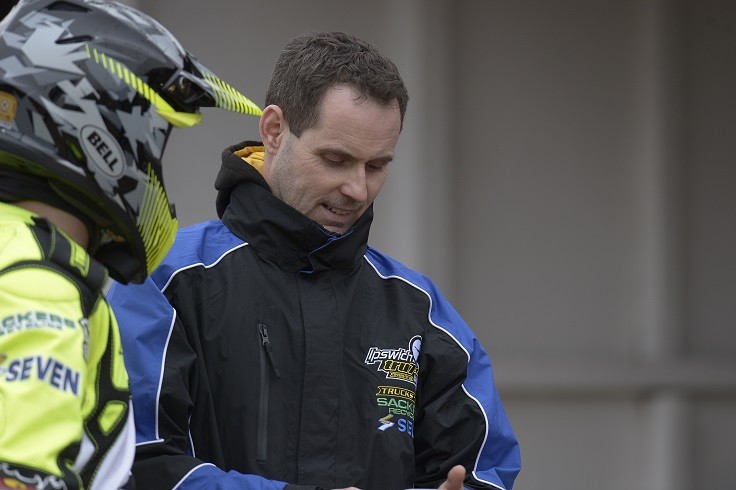 Chris Louis says a change to the team was necessary after a disappointing start to the campaign as he hopes for a vast improvement in form from the team.

“It’s not something you ever want to do but at the end of the day we’ve got to be competitive and we are not competing at the moment,” said Louis. “I don’t necessarily think that is all down to our personnel and I don’t know why they’re not doing it I really don’t.

“However, we have to start changing things up, so Ollie (Greenwood) coming in was the first thing and changing the riding order is another thing. That’s really more of a shake-up than a benefit and Ritchie (Hawkins) has his reasons for doing it the way he has done it but ultimately we believe that the way we did have it lined up was the best way but we have to start trying things.”

Louis says everyone at the club is hurting about the current position especially the riders.

“Everybody at the club is working hard not just the management and the promotion and the riders are hurting as well . I feel for them because it’s them out on the track and them getting the poor results. It’s not just the fans and Team Manager who are disappointed, it’s the riders as well.”

The former two-times British champion says he is still struggling to understand the inconsistency in the team but still believes it is a strong team.

“In our League it is a strong top five and it still is when we put it all together but I can’t put my finger on why we are so heavily inconsistent and why so many riders are having off nights. You could say we are not getting results because we are not good enough but look at the averages. They’re all riding well below their averages and the team put together was good enough, they’re just not riding well enough at the moment. We can give them all the help and support they need but the only ones who can put things right is the riders themselves.”

Having raced just three Premier League meetings so far the season is still young and Louis sights Coventry as an example of how things can turn around rapidly.

“From a league point of view it is still very early days, that does not make up for the fact we went out of two cup competitions. At the end of the day though, if all we won this year was the league that would all be forgotten about.

“In recent history you’ve only got to look at Coventry who were last in their respective league at this stage of the season and went on to win the title. We will continue to do whatever we need to do to improve the situation.”

Louis understands the fans’ frustration with the poor form and says they have a key role to play if the Witches are to turn things around.

“It’s the easiest thing in the world as a fan to walk away from a sinking ship so to speak and I appreciate and understand that. When riders are given support they can respond and I hope the fans stick with us and I understand their frustration, nobody feels it more than me. We need their support, they are vitally important if we are going to turn things around.”