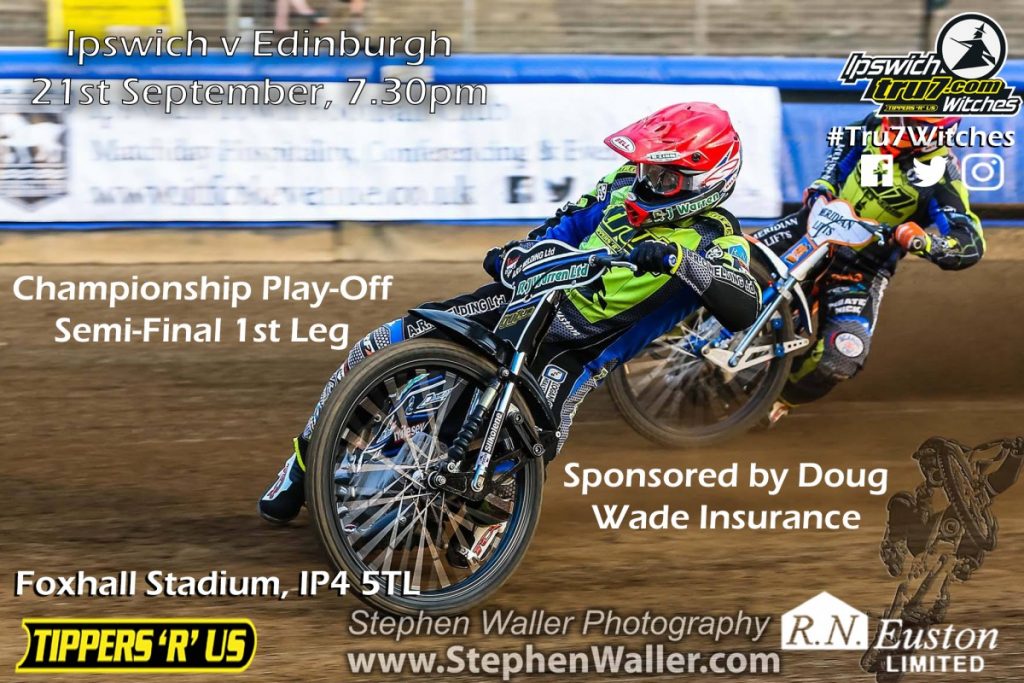 The ‘Tru7.com’ Witches begin the Championship Play-Offs with the first leg of the semi-final at Foxhall this Thursday against Edinburgh Monarchs (7.30pm).

The home side qualified for the top four with ease, finishing second in the table whilst the visitors have more recently confirmed their spot with a win at Workington last Saturday. With Sheffield topping the table, they decided to face fourth placed Glasgow at the semi-final stage.

The Witches go into the tie without Justin Sedgmen and Cameron Heeps who continue to have treatment on shoulder injuries. Sedgmen looks unlikely to return to UK racing this season and Workington’s Mason Campton steps in as a guest. Heeps is battling to be fit for upcoming meetings but rider replacement is used again at two on this occasion.

The Monarchs were back to full strength after injury issues left them without Sam Masters and Mark Riss for a period of time but Masters is now back in the side. Mark Riss has been a successful guest for the Witches in recent weeks but will miss Thursday’s clash after a fall on Wednesday. Brother Erik has shown a liking to the Foxhall track in recent visits. Edinburgh have a successful record in the play-offs having won back-to-back titles in 2014 and 2015.

The two sides also have plenty of recent history as they met in last season’s Play-Off quarter-final with the Witches progressing over two legs. The Monarchs are the only side in 2017 to win at Foxhall after they claimed a last heat 47-46 victory in July.