The ‘Tru Plant’ Witches make their first away trip of the season on Friday when they visit the Lakeside Hammers in the Championship Shield. With the bad weather preventing the Witches from getting on track to practice and causing the postponements of the opening three meetings of the season, the team eventually took to track last Thursday at Foxhall against Peterborough in the Championship Shield. However, things did not go to plan for the home side on the opening night of the season as they fell to a 44-46 defeat, leaving them bottom of the group and needing points on the road to keep them in contention to qualify from the group.

The Essex side have made the step up to the Championship in 2018 after competing in the National League in 2017. After many years competing in the Premiership prior to last year, the Hammers begin the new season much fancied by many to compete for silverware. They have made a solid start to the Championship Shield group, picking up a point at Peterborough following a narrow defeat before beating the Panthers last Friday at home by 10 points. Two former Witches Adam Ellis and Kyle Newman are at three and four in the Lakeside team. 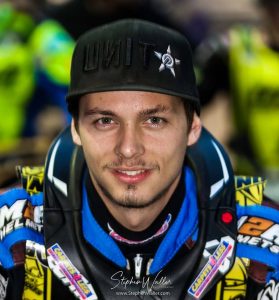 Nick Morris enjoyed a terrific 2017, contributing heavily to the Swindon Robins’ title success in the Premiership and claiming the Championship Riders’ Individual crown whilst representing Berwick. He remains with the Wiltshire club in the Premiership but has made the switch to Essex this winter in the Championship where he has hit the ground running, scoring 14 in last week’s home win over the Panthers and 11 in the away leg. 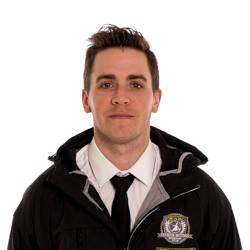 “Obviously last week’s defeat at home to Peterborough was disappointing but we have experienced heads in the team and it is only the first meeting of the season. We know what the problems were and we move on from that, we are not worried at all.

“It would have been nice to see the boys out doing more meetings although Connor and Danyon have managed to get riding. We go to Lakeside knowing the situation in the group and first of all we need to put in a much better performance and progress on a lot from last week, that is the main goal. Group wise, if we could take a point on Friday that would be a massive help but we know the situation will be that we need to win our home match and at Peterborough if we want to qualify whether we win on Friday or not. We will concentrate on a better performance and try to take something from the meeting.

“Lakeside is a unique track and a tough place to go when you have not rode there before. It is good for us to have this meeting there on Friday as we have the Knockout Cup meeting there too to come and we want to win that and of course a league meeting too. This is good to get some practice here early on in the season as a lot of our boys have never seen it before, so it will be nice for them to get some laps in.

“Rory and Danny have a lot of knowledge of the place that the others can tap into and they will pass that on and we have Chris (Louis) too who was a track specialist there. The bikes have changed and riding is different to how it used to be but the track craft, the shape of the track and where to ride hasn’t changed much.

“Connor put in a great performance at the British Under-21 semi-final at Eastbourne last week and it was a strong line-up really. It was to see Drew (Kemp) do well too, being an Ipswich lad.”

The Witches lost their opening meeting at Foxhall last week after a 44-46 defeat to Peterborough in the Championship Shield. Danny King top scored with 14 with Rory Schlein on 11. The Hammers picked up a point away at the Panthers following a two-point defeat to open the season before a 50-40 win over the same side in Essex last week.

The Witches’ previous visit to the Arena-Essex Raceway ended in a 55-37 defeat in the 2010 Elite League season with Scott Nicholls scoring 11 for Ipswich whilst the late Lee Richardson scored a 12-point maximum for the home side.