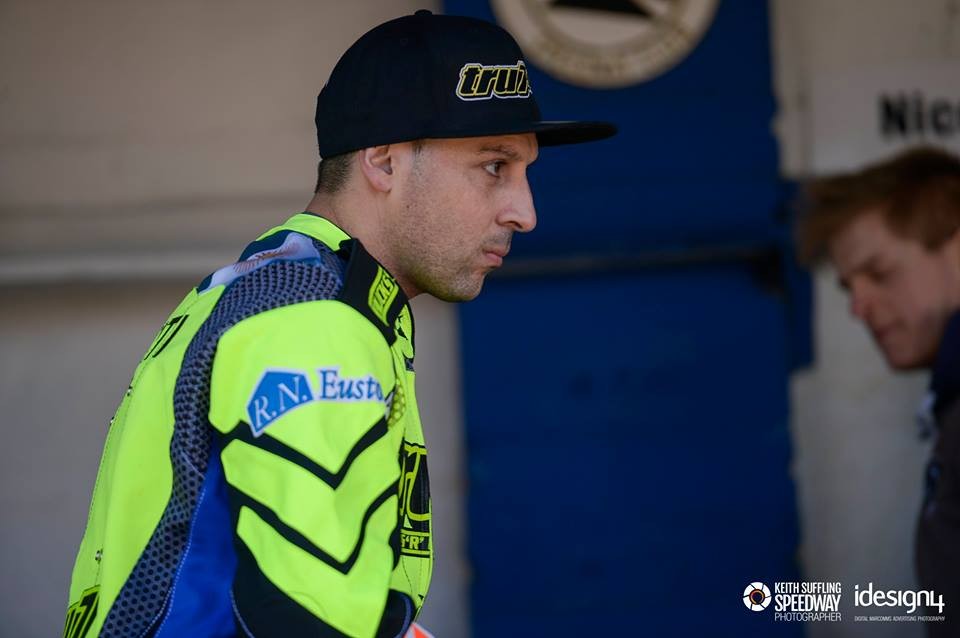 The ‘Tru7.com’ Witches suffered a heavy defeat at Sheffield on Thursday night as they went down 57-33 to the Tigers in the Championship.

After a tight start to proceedings the home side began to pull away in the mid-part of the meeting and the Witches could not respond to the home side’s dominance resulting in a comfortable victory for the Tigers. Nico Covatti offered the best Witches resistance scoring 11.

The home side were dealt a blow prior to the meeting as Josh Bates was ruled out of the clash due to his partner going into labour with Rider Replacement being used at number two.

Heat one was stopped after James Sarjeant was deemed to have jumped the start but Sarjeant was quickest away at the second attempt with captain Danny King at the back until Tigers number one Josh Grajczonek made an error on the second lap to allow King into third for a heat one 4-2 to the away side. There was trouble with the tapes in heat two which forced another re-run but it was Tigers guest Mark Riss who won the re-run ahead of Danyon Hume with Connor Mountain keeping Jack Parkinson-Blackburn at the back for a 3-3. Covatti won heat three but with Cameron Heeps at the back it was another shared heat. The home side got their first 5-1 of the night in heat four as skipper Kyle Howarth and Parkinson-Blackburn raced to a maximum to give the Tigers a 13-11 lead.

The home side extended their lead in heat five as Todd Kurtz kept King behind him after a tough first bend with Lasse Bjerre in third for a 4-2. Grajczonek won the battle of the Australians in heat six beating Rory Schlein to the chequered flag and with Riss in third the home side made it three heat advantages on the trot. The Witches stemmed the tide in heat seven despite Howarth winning again for the Tigers with Covatti second and Heeps working overtime after a scary moment early on to get himself into third for a 3-3. The Tigers hit another 5-1 in heat 8 with Riss and Kurtz comfortable out front leaving the Witches 29-19 down.

Schlein was sent out on a tactical ride in heat nine but it didn’t work out for the Witches with the home pair of Bjerre and Kurtz quickest from the gate with Schlein doing everything he could to get past Kurtz but to no avail meaning a 5-1 to the home side. Grajczonek was a winner again in heat ten but Covatti and Heeps filled the minor placings for a 3-3 with Heeps again using all his resources to get a point on the line. The night went from bad to worse for the Witches as King fell in heat 11 and was excluded from the re-run but was able to walk back to the pits after being seen to by the paramedics. The home side confirmed their win on the night in the re-run as Howarth made it three out of three with Riss second for another maximum. Heat 12 was called back for a second go which Bjerre won ahead of Covatti and Hume for a 3-3 leaving the score 45-27 to the home side.

Howarth made it four out of four with partner Grajczonek second for another 5-1 in heat 13 before Riss completed his fine night with another win in heat 14 with Heeps and Mountain preventing any further damage to the score line. The night ended with another heat advantage to the home side as Grajczonek won ahead of Covatti with Bjerre third to make the final score 57-33 to the home side on a tough night for the Witches.

The Witches are back in action against local rivals Peterborough Panthers on Saturday at Foxhall in the Championship.

Kids Go Free to Saturday’s meeting and there will be a poster signing session with all seven riders from 6.30-7.00pm. The first 250 kids will receive free Easter eggs too. Furthermore, there will be an interactive competition in the stands. A number of Easter eggs will be around the stadium, on the terraces and on the seats. Should you be lucky enough to find one, all you have to do is upload a picture with the Easter egg and use the hashtag #Tru7Witches and tag @ipswichspeedway on Twitter to be entered into a competition to win two tickets to the next meeting at Foxhall!